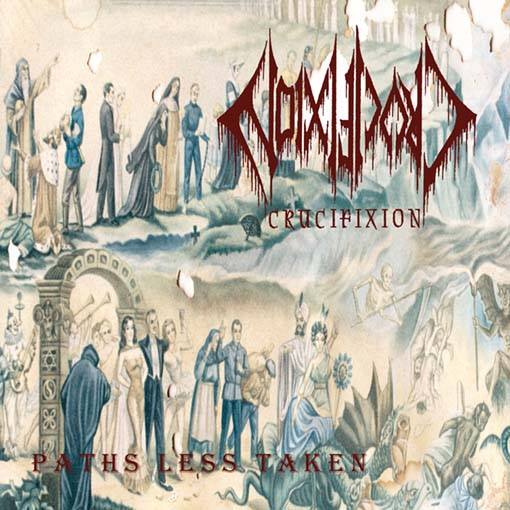 This band from Houston, Texas released this album (compilation) in 2019 on the La Caverna Records label, and offers the music from the last album (‘Paths Less Taken’ from 1998) added with 4 new songs (described as promo/demo’s).

So yes, it seems they again feel the fire burning to write new tracks I suppose. American Death metal with a dark twist is what you may discover here, and where blastbeats rule the biggest stack on this one. Doom elements are audible plenty, especially when the tempo freezes, but as in most tracks this calmer, slower moments flow over in vintage blast beats that after a while spoil the surprise. So I immediately get the feeling that originality isn’t their best aspect here.

I’m not really fan of this record, but there are also some great tracks written – take ‘Cell Block 8’ with its great riff and twisted song ‘Last Haunted Scriptures’. This gets andaverage score for me unfortunately – also the sound isn’t always that good and the production definitely could be better, but perhaps you feel more when listening to this compilation. (Fredde)