Cremation [CHE] – In the Maelstrom of Time 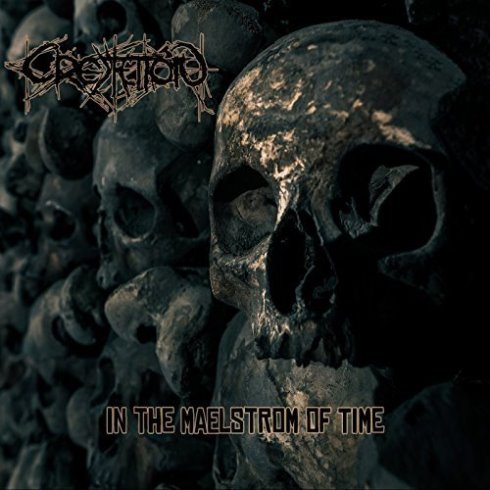 Almost 80 minutes of Death Metal, considered as a double album, Cremation from Switzerland celebrated their 25 years since their inception with their strongest output to date. “In the Maelstrom of time” is only their 4th album but a special one, not only for their long-lasting career but also because they  re-recorded some old tunes from their discography and extended the playing time to almost 80 minutes of dark brutal Death Metal. And since quality was always what mattered, the 5 years since “Rise of the Phoenix“ aren`t a big problem considering the amount of brutal art they provide.

The first half of the album belongs to the new material. Right after an eerie and well composed intro the band hammers down with power with the excellent track “Collision Course“, a brutal banger that switches between Cannibal Corpse grooves and Hate Eternal blastery. Cannibal Corpse were always a strong reference for Cremation, most because they got that certain groove, paired with technicality and a dark vibe which ends in a brutal mixture that has everything balanced in that matter. The entire record has more groove than ever, at the same time it`s more aggressive and more brutal during the fast blasting sections.

The album is full of excellent riffs that not only are technically high demanding here and there, but also remain memorable to a certain extend and vary quite a lot which is one of the strong forces of the band (every instrumentalist, vocals included, shows a big range of ideas). The more dissonant stuff has a lot in common with, yes Cannibal Corpse, but also Unaussprechlichen Kulten or Immolation for example. Some atmospheric parts lend more towards Nile, something you hear towards the end of „Black Hole“, one of the outstanding tracks on the record. Spiga`s vocals are stronger than ever, growls or screams. The backing vocals provided by Thomas are brutal and match perfectly to the sound and to Spiga`s vocalstyle.

The second half shows some older songs from the band in a new shape. Although older, they don`t seem to be out of place. Thanks to the killer production done by Spiga himself, every instrument is well balanced and crushes skulls and bones without being to polished.

This record is a testament of a Death Metal band that grows and became better with each year, just like some well known beverages. It is time that Cremation receive the recognition they deserve. DEATH METAL SINCE 1992. (DPF)