CorpseVomit – Raping the Ears of Those Above 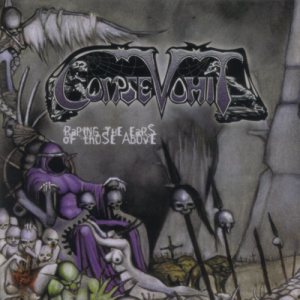 Corpsevomit hails from Chicago (Ill) and NO, they don’t sound as bad as you would expect, the band produces a somewhat original kind of Death-metal. It’s brutality and gore all over the album. It often reminds a bit of Macabre meeting Morbid Angel but with a lot of gore added to it. Corpsevomit is definetly a band that pisses on trends, hypocrisy, ignorance and society and they simply do what they like and that is producing extreme sick and most of all brutal music. Cheers lads ! (KasperR)