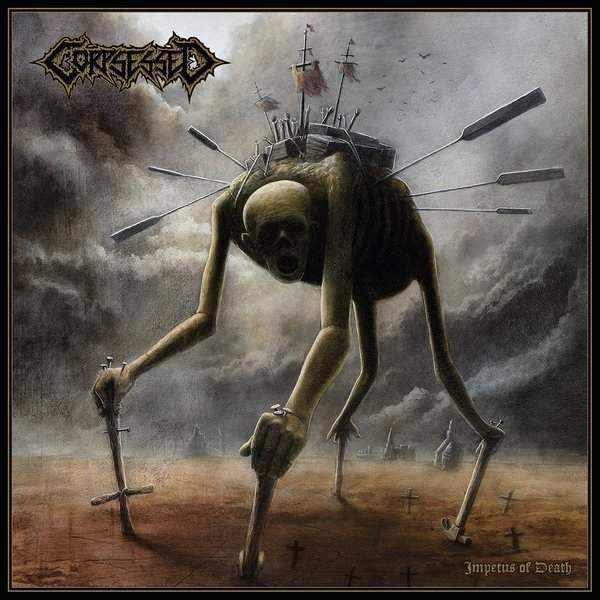 Finland has always offered amazing old school Death Metal bands, with a very dark, doom-influenced feeling to them. Although sometimes overshadowed by the Swedish and American scenes, they still manage to stand for quality. A tradition that is still carried on and extended to new boundaries to this day. Corpsessed is able to step outside of the fast and brutal Death Metal stereotype and create something more overwhelming and sinister. Their sound consists of monstrous riffs and vocals, with slow to mid paced songs. The tension building and execution are great. Four years after the first album “Abysmal Thresholds” came out, they manage to put out a second album.

Ironically the tension building you get from the pre-release info is almost equivalent to their music, it could have been on purpose. Most of the elements of their first album are still present on their second, with a few minor changes. The production is slightly more polished (still feels like old school Death Metal though). Sometimes sound/recording techniques change and this affects bands to a certain extent, but in this case it’s nothing too drastic. There is also significantly more tremolo picking on this album. While their first release had much more Doom laden “massive” riffs, on this one it’s a bit more mixed up. It’s a solid album though, and more or less what you would expect from Corpsessed. There’s eight tracks on this album, and the last one was kind of a standout. It’s ten minutes long and has some dissonant riffs which I don’t think I’ve heard from them before. A very fitting album closer. It reminds you of the mysterious and atmospheric branch of Death Metal that this band stands for. If you’re into the essentials of Finnish old school Death Metal and are looking for something along the lines but just a little refreshing, you might want to check out this album and it’s predecessor as well. (Jelmer)