Come Back from the Dead – The Rise of the Blind Ones 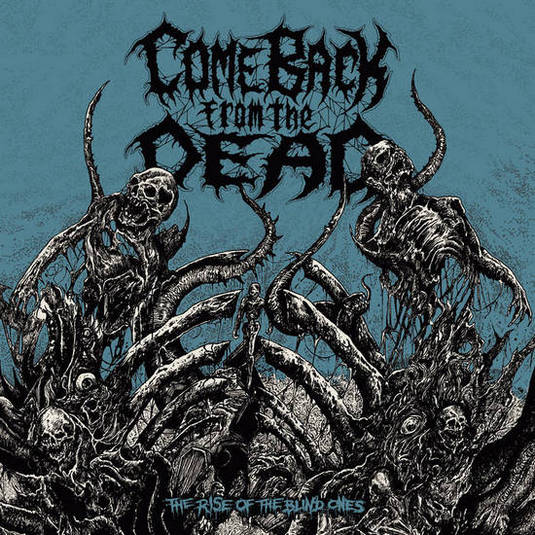 Close your eyes and travel on the wings of an HM2boss timbre, let those wings soar over the abyss of death and then when you let go, accept this fall into the abyss as a dying person accepts the delight of death, this is simply inevitable for a mere mortal , as well as the comparison of “The Rise of the Blind Ones” with the classics designed in Sweden in 90/91 is inevitable.

The weight, the riff passages, the double ones, all refer to that golden age of Swedish Death Metal, but I must inform you that Come Back from the Dead is from Spain, a band formed in 2008 and that carries this line of sound in its DNA it has always been a style of Death Metal that Spain has specialized in lately.

The album has 10 sound insanities that vary between frantic songs and others more rhythmic with that old atmosphere of making Death Metal. At this point I repeat “Nebulaes of Malevolent Shining” (Track 6) for the fourth time and I am amazed at the effect that Celtic Frost had on Death Metal, even this song makes it very clear with clear references.

Of course, the references Dismember / Entombed / Carnage are right at the surface, but the band brings its originality, respecting all the legacy that the bands mentioned built without sounding totally the same. Come Back From the Dead may be a big name for a band but I’m sure it is nothing compared to the size that these guys will still become, of course, if they continue on this excellent line of sound! (Danilo)

For example “Outcast of the light” opens up with a riff that reminds me of Lost Paradise era Paradise lost its doomy gloom dripping with melody and dark brutality. I was totally captivated hoping that this would remain as I’d not heard music quite like this since 1989. However, just as I felt this way the atmosphere changed and I was hit by a barrage of riffage that was the pure putrid stench of Autopsy but in 1989! And “Restless in Putrescense” starts Autopsy like again, then catches me off guard by reminiscently appearing to resemble Desultory’s “Bitterness” era dark and melodic and bloody catchy.

The album production is wonderful, the guitars are not overly saturated and quite clean but crunchy. The Bass cuts were through the mix like those early Autopsy records. The drums sound like drums without them sounding over produced and sterile (great to hear a hi-hat being open and closed) and the vocals are dirty yet you can hear the lyrics.
This is one of my favourite albums of 2019, and I highly recommend it’s purchase immediately! (Godless)

Come Back from the Dead