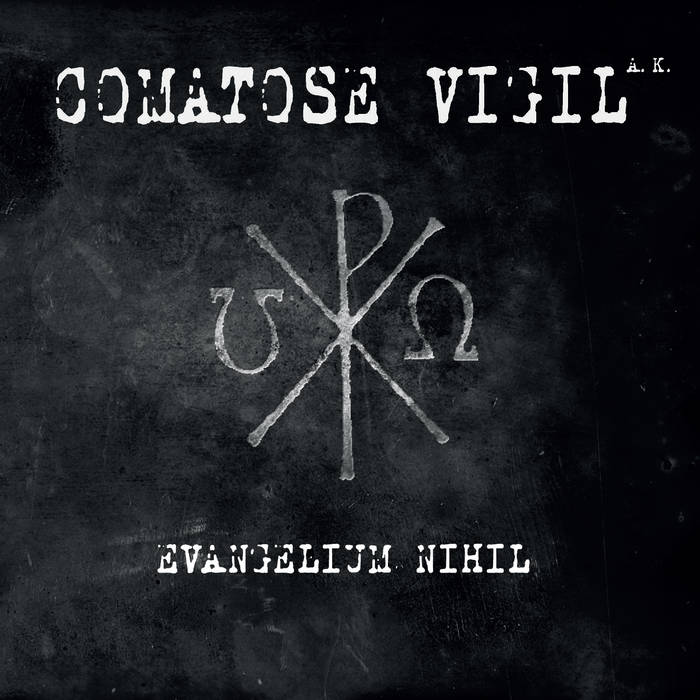 No matter whether you were wondering how the Comatose Vigil situation was developing or if you’ve not yet heard of it, Comatose Vigil A.K.’s first* record Evangelium Nihil is here, and it’s good. In short, when Comatose Vigil (you may know it as Subhuman Abstract) split up, its drummer and vocalist AK iEzor tried to reform the band, but Alexander Orlov did not allow the name to be used. So, he just added his initials – hence the AK and hence the asterisk. Drama aside, let’s talk about the music.

Think of eeriness. Imagine how it feels. That’s what you’re going to hear.

The title track “Evangelium Nihil” is almost 19 minutes of dramatically opened impressive funeral doom. It continued with a crushing, anxious intro and evolved into a majestically uneasy piece. The song didn’t finish with too much drama at the end, it felt like going to sleep – I really enjoyed enjoying its simplicity. Even the “add-ins”, by which I mean spoken-word parts and effects, felt simple. Also, I must mention the horroric vocal and how good it fits the whole atmosphere. Deep, raspy and undisturbedly slow – what any fan of funeral doom would appreciate.

The next one out of four songs of the album is a self-titled track which came out as an EP earlier that year. It’s  then expected to assume that it is a work that defines the band and is iEzor’s hint of what is to come just like “Evangelium Nihil”, before it, announced the album. This song is also characterized by painfully slogging heavy funeral doom riffs and amazing vocalization. In the background, like an aura, float constant synth chords and totalize the composition. Its repetitiveness and simplicity are not dull, though, they’re intentional and give the work meaning, The band shows that they are capable of putting something ‘extra’ into their songs, but they choose not to toss that skill around.

Though they don’t, in my interpretation, bear “practical” meaning as the first two , the last two tracks are no less good or lesser in length. On the contrary! Each is an experience for itself: an experience that captures, plays with and carves into the listener’s mind. It’s powerful, it’s striking, it’s in a way aesthetically terrorizing.

Another thing I really appreciate about “Evangelium Nihil” is how smoothly one part of the song turns into another, nothing seems forced or artificial about it or leaves unresolved gaps.

Comatose Vigil AK proved to have mastered funeral doom songwriting skills, yet maintained a personal touch in the record. Definetely worth your listen. (Lana)