Coffin Curse – Ceased to Be 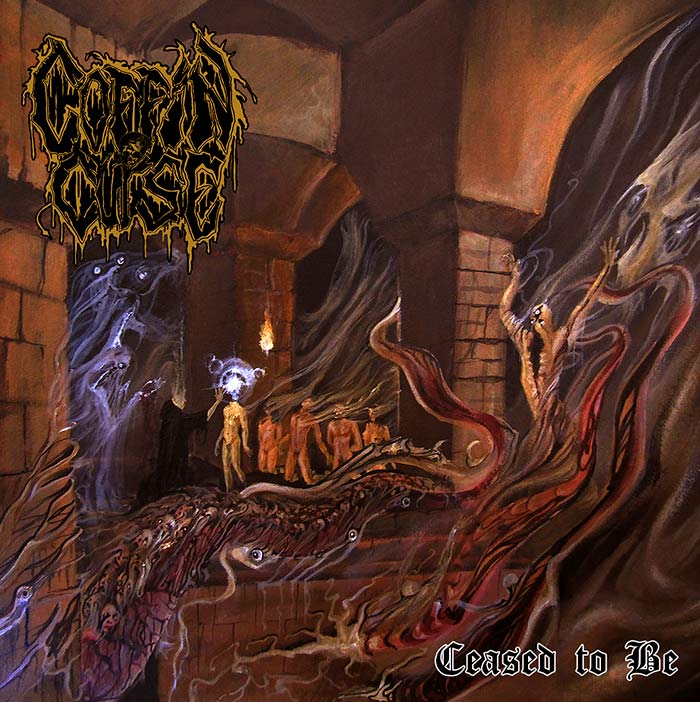 Coffin Curse from Chile, active since 2012, already released a couple of EPs, demo, split and so on and finally releasing a full length which was worth the work and wait. With the killer artwork provided by Nox Fragor Art, the mood is captured quite good with those earthy colours. The production is natural yet crushing and well balanced. The path is clear: Death Metal is the way.

Everyone in the band made his studies, providing killer riffs, beats, fills, patterns, line, leads and room to breathe, to drown in darkness and embrace the metal of death with a thrashy edge the Slayer way. Florida Death Metal paired with some hints of Bay Area Thrash with a lot of twists and turns like Brutality, Morbid Angel or Mortem.

Coffin Curse know exactly when they need to accelerate or slow down with some Massacre vibes on the groove parts. 8 tracks of old fashioned Death Metal, putrid, morbid, bone crushing with a total time of almost 40 minutes, which is more than sufficient. The last track “Deep in Streams of Purifying Dirt” is not shorter than 9 minutes, an epic conclusion of an excellent Death Metal record for old school fanatics. Recommended! (DPF)