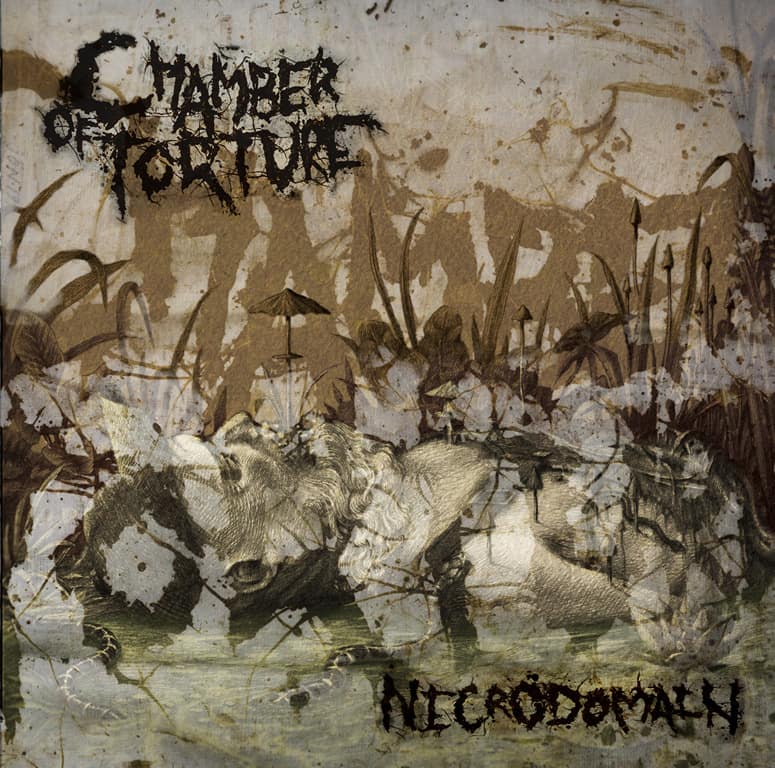 “The decayed essense of this album was brewed from the fermenting concepts of decomposition spread by Kostek Redneck, Sergey Necrom, Nikita, Alisher Z and Paul, caught rotting at Hibol studios.” – this is what is written on the Chamber of Torture official YouTube canal concerning their newest release “Necrodomain”. The band exists since 2010 and this is their fourth release via the Ukrainian Eclectic Productions.

Chamber of Torture plays old school Death Metal with heavy sounding and lyrics about zombies that are hungry for your flesh and thirsty for your blood. The sound quality is on a very good level,you can hear every instrument clearly especially the rumbling bass sound. Pavel Vaklakhov’s growls are deep and dark, he manages to sound like Chris Barnes on a good day. There is a certain Six Feer Under vibe mixed with the Swedish sound from the early 90’s. The tracks are in a predominantly mid-tempo and there are some melodic passages entwined into the brutal guitar riffs. In case you like good quality Death Metal about rotting fiends then this Chamber of Torture is just for you! (Zvetan)