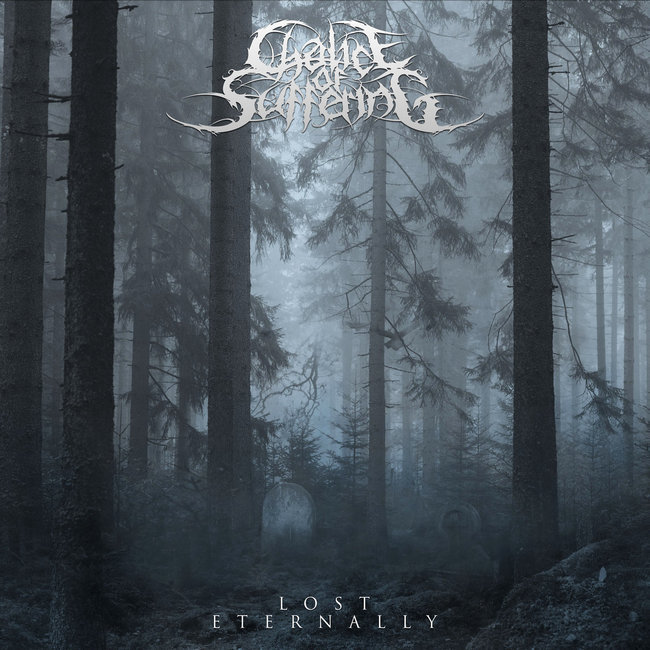 Chalice of Suffering’s debut from 2016, “For you I die”, wasn’t a real game changer but stood out enough in the crowded Doom scene to get noticed by fans and by labels. Enough to warrant CD and cassette releases and enough for them to get the attention from Transcending Obscurity to release this new album.

Like I said the Doom scene is pretty crowded these days but Chalice of Suffering approaches their music just a little different by playing their Doom metal somewhere in between Death Doom and Funeral Doom.  Most of the time Doom Metal is synonymous with heaviness, and while COF isn’t really light material the emphasis lays with evoking emotion instead of super heavy riffs or a super tuned down guitar sound.

Take for instance the opening number, actually a fairly simple one which opens with clean guitars, synth and spoken words with a grunt a bit later only to be accompanied by distorted guitars after several minutes. And just when you think that they could do a bit more to keep things interested the song gets company of a bagpipe! An original touch and one they luckily don’t overuse at all.

They keep their Doom interesting by varying their vocals from spoken words (used just a little too much for my liking), a sort of whispering grunt, a more guttural one and even some screams and very sporadic some clean singing. Synth are also present all the time and fit their songs as a glove, sometimes just in a supporting role while in other places to add a melody. They clearly know how to keep their long songs (the first 5 songs all clock out at around or over 10 minutes!) interesting. A big step forward from their debut and a good album for a cold winter day.  (MartijnK)