Ceremonial Bloodbath – The Tides of Blood 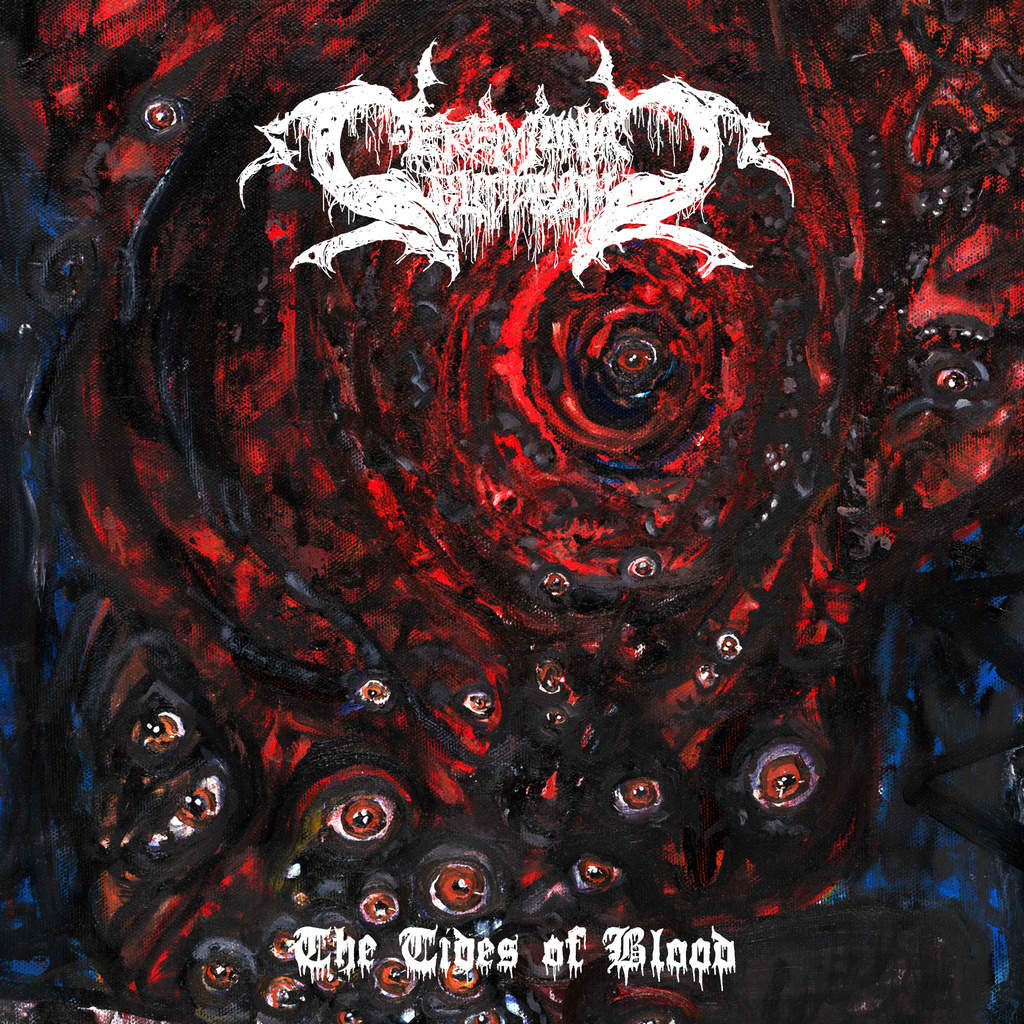 Wouldn’t a Death Metal record pique your interest if that intersected the essence of old school Death Metal with War Metal, that too in an outstanding manner? Well, Vancouver based Ceremonial Bloodbath’s latest and debut full length “The Tides of Blood” certainly does so. Perhaps, “Bestial Death Metal” is the appropriate tag one would give to such a bludgeoning piece of artistry.

Of course, there are other bands who are known for same sort of musicianship; namely Sadistik Exekution, Sextrash, Imperator, Trench Warfare, etc., yet this is not quite common. Bands who have such a taste in music usually opt to do Black/Death Metal (or “War Metal”, however you label it) throughout their career. Not that what Ceremonial Bloodbath does is significantly distinguishable from traditional bands that fall under the umbrella term “War Metal”, but it has some noticeable elements that definitely stand out.

Firstly, the band’s foundation is based upon Death Metal. Its aesthetics (band name, logo, album art) is very Death Meal grounded, including the aural fabric that is present throughout the record. They have taken cues from Death Metal giants like Incantation, Mortem, and Mortician to make it the primary ground. And upon it, they have manured the trace elements of Black/Death Metal acts such as Archgoat, Blasphemy, and Profanatica to reinforce the “bestial” atmosphere.

Secondly, a variation they used herein is the attempt to make the songs sound a bit hypnotic. And thirdly, the way they poured their own uniqueness into the songs with its vicious riffs warping and inverting the stratosphere, blastbeats battering the humankind into discipline, mesmeric growls mercilessly haunting everyone’s existence; is everything that you would look for in an atypical Death Metal release.

So, you do not want to miss this one out. Do you? Checkout the album on your preferred digital platform where Sentient Ruin Laboratory shares their music, and support the artist if you can. (Osmani)