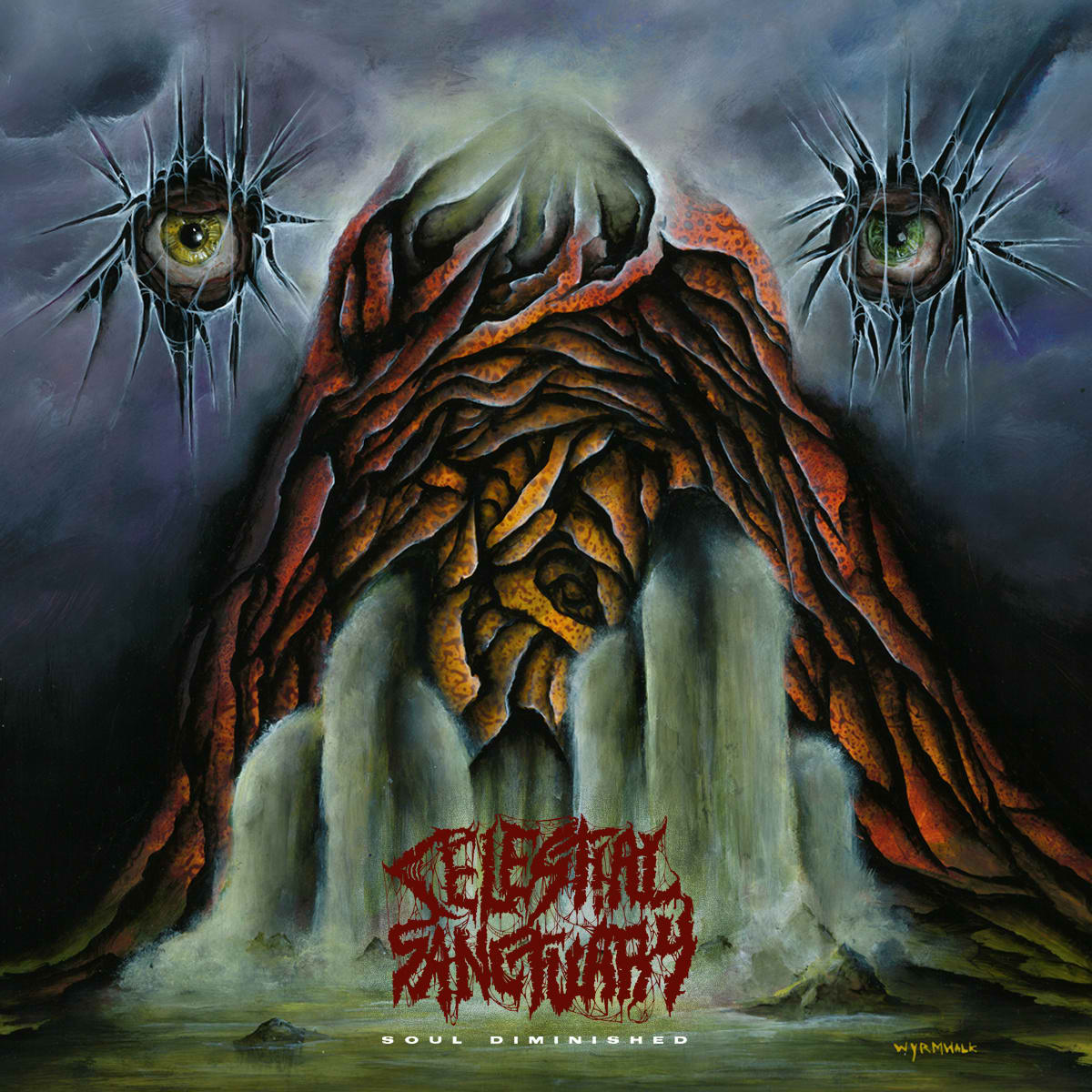 The United Kingdom has a long standing history of metal greatness, and bands from the UK are often given way less credit than they deserve when comparing them to their US competitors. We all hear endlessly about Florida Death Metal or other American Death Metal scenes, but many of the bands sounds way too similar and are way too over produced. Not to mention the fact that Death Metal was rampant all over Europe way before it took off in America. Our current Metal community and environment is interesting to say the least, seems like many musicians are deciding to go back in time and put out new groups which are influenced by and sounding very “old school”. As someone who does not really vibe with most modern metal, it is really refreshing to see bands like Celestial Sanctuary. The almost bloated old-school Death Metal scene is filled with worship bands, whether that is something one is appreciative of or not, it is the reality. Celestial Sanctuary stands on a pedestal almost on their own, we are seeing all kinds of worship bands who sounds exactly like groups such as: Cannibal Corpse, Carcass, Morbid Angel, and so many others. But where is the love for Bolt Thrower you may ask?

Celestial Sanctuary is a four piece band with members from other UK bands such as: Road Mutant, Shrines, and the ever excellent The Infernal Sea. I feel that I don’t need to go into too much detail with their sound, but I will break it down a little bit.  Thick, crushing and brooding Death Metal which focuses on heaviness, with clear doom influences, rather than faster and faster speeds (which tends to end up making the Death Metal sound less heavy). Chunky, gargantuan riffs which would make any caveman completely crave chaos and war!!

Celestial Sanctuary’s songs on this album exude the feeling of the need to crush and destroy all in one’s path. In my eyes, a perfect continuation of where Bolt Thrower left off. Drumming for this release is perfectly matched with the riffs, absolutely no complaints there. Also, it is really awesome to see a group go from creating demos to releasing their debut album without losing the rawness and brutality which one would find when listening to said demos. The sound difference between the demos and this LP are clear, but Celestial Sanctuary did not sacrifice an ounce of heaviness with the transition of recoding demos to releasing their first LP.

This is for fans of Bolt Thrower (obviously), Benediction, Autopsy, and other Death Metal groups who fall more to the side of Death/Doom than your traditional US Death Metal. I highly recommend this group! (Fetid Priest of Pestilence)