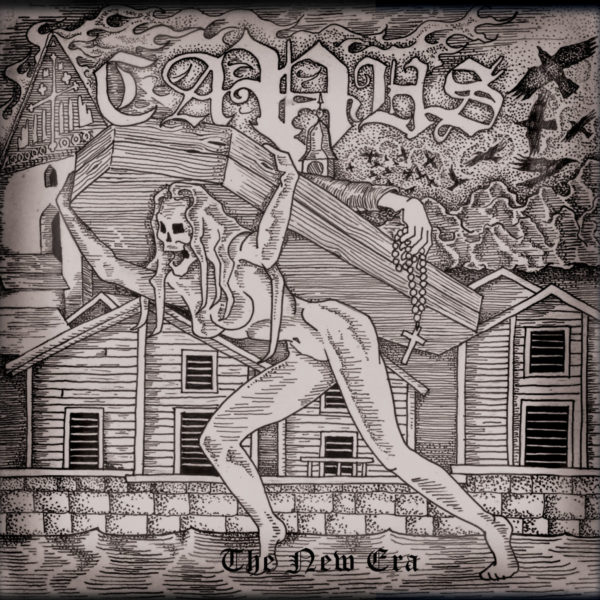 Fast Black Metal and Finland isn’t something that you will find in the “Bloody hell, that’s extraordinary”-category. Cavus must have thought the same and adds an album to the total of what the country of the thousand lakes ever produced. After an EP and a debut album called “Fester and Putrefy” released by Listenable Records (2010), 8 years later Satanath Records joined forces with Final Gate Records to release their “The New Era” album. So is it? Is it a “New Era” for Cavus? It has been 8 years, so they had the time to write something fierce. To be honest, I’m not impressed as it doesn’t stand out. Sounds like the little brother of Tsjuder with an annoying snare drum. And sure, there are some Punk beats from time to time, and although having mentioned that with the fact they are from Finland, it is not enough for an Impaled Nazarene reference whatsoever. The sound is muddy and the riffs as well as the song writing are just too generic to get excited about. Therefore I’ve heard far too many better Black Metal albums this year. (Ricardo)