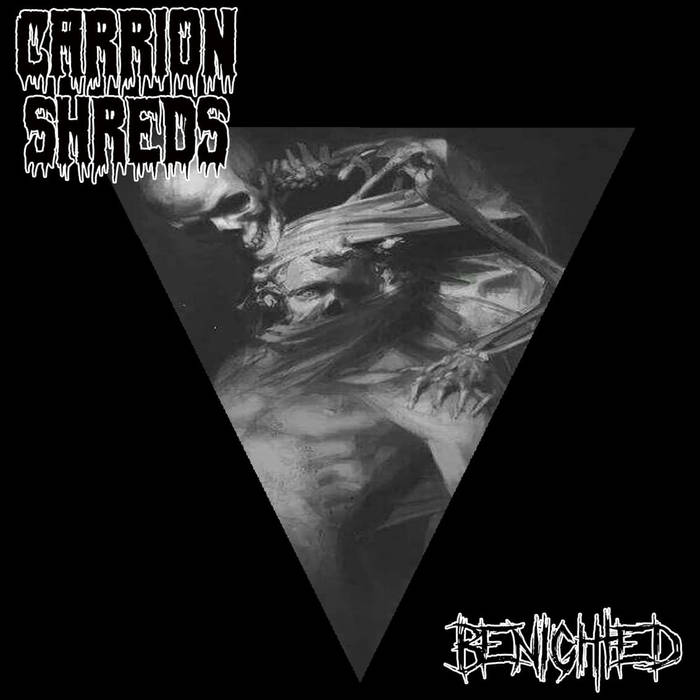 This second EP followed shortly after “Grave Rituals” and is on one hand a logical continuation of the aforementioned EP and debut release of the Italian Death Metal band Carrion Shreds, on the other hand there are some shifts in the music itself.

On the “Benighted” EP they keep on varying mid-tempo Death Metal with up-tempo riffs and outbursts along with a deep growl. But they give it a more heavy and slight murky touch. Also the two tracks on this EP differ from eachother. For example the title-track has an up-tempo Incantation thing going which is emphasized due the dark and deep vocals, while “Dead Kings” has some approaches of up-tempo Asphyx, a mixture of Paradise Lost’s “Gothic” and Gorement during the lead-section of the track and Vallenfyre without copying any of their sound.

The two tracks on the “Benighted” EP are doing their job well and although it is not outstanding in any way, it is a good listen and a bit unexpected when you compare the debut EP. (Ricardo)