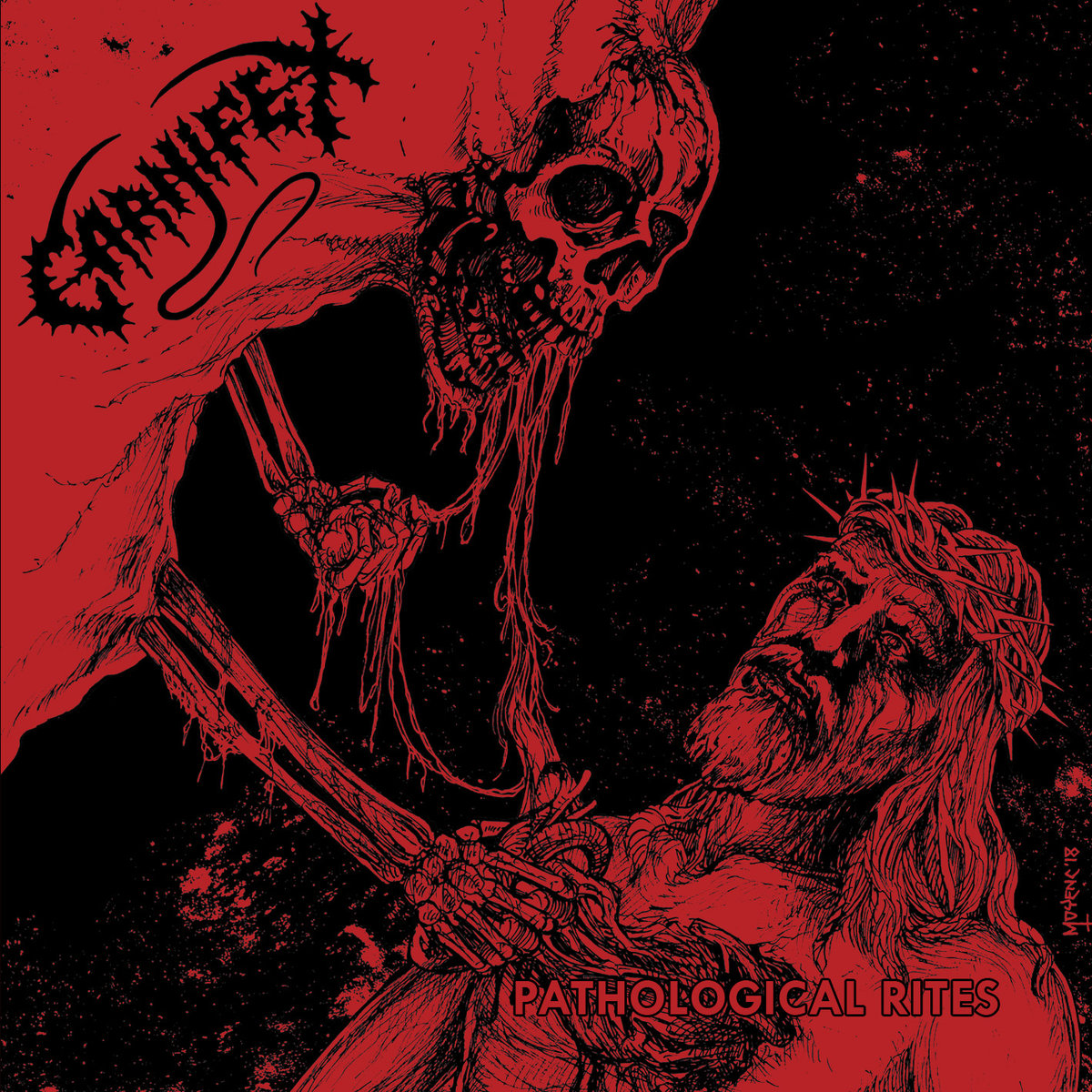 No…this is not the deathcore act of the same name, this Carnifex was created in Finland in 1989 and existed until 1993. Dave Rotten and his label Xtreem Music release a compilation album of Carnifex’s first demo “Decadence”from 1991, the two tracks from their split with another Finnish Death Metal veterans Festerday and four tracks from a second demo that was sent mainly to labels.

So what you have here are 13 tracks of old school Death/Grind influenced by Carcass and the early Swedish Death Metal classics such as Nihilist and Carnage. Carnifex’s Death Metal is aggressive, dark and offers plenty of headbanging moments. There are also eerie melodic passages that contribute to the ominous atmosphere of Carnifex’ songs.

I am not sure why they didn’t manage to become famous but thanx to Xtreem Music you have the chance to hear one lost gem of the early Finnish Death Metal scene. (Zvetan)