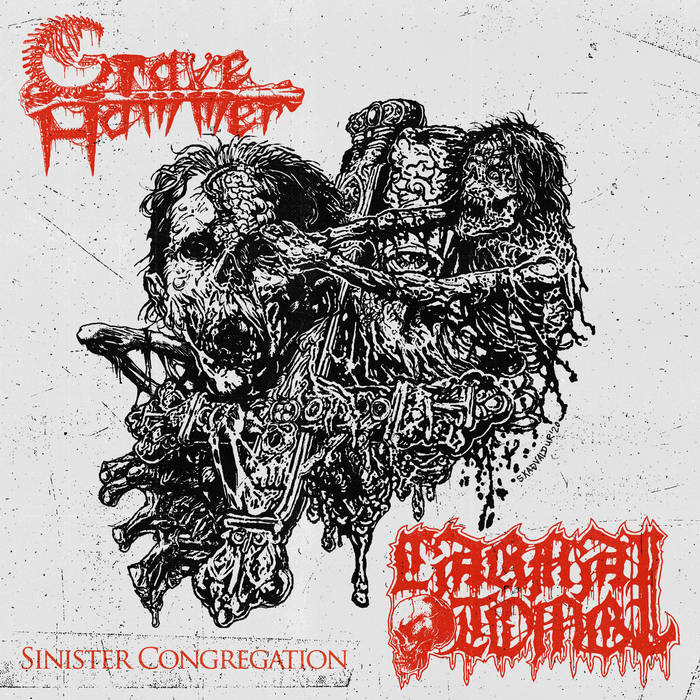 Carnal Tomb stays true to their Old School Swedish Death Metal riff driven filthiness with groove and variation in speed which results in their “Osseous Sacrophagus” on this split. Gravehammer plays “outmoded and archaic Metal” which can be translated in Blackened Death / Doom Metal, but archaic without any doubt. Although I have to say their previous EP “Primordial Principles / Fundamental Forces” has far more Doom in it than the track provided by these cavemen; “Yellow Cross of Shame”. It is more Archaic Death Metal this time, with pounding drums and more up-tempo riffing savagery but it does have a slower passage in it.

But fuck it, “Sinister Congregation” is nice split to have in your collection as an Old School Death Metal fan. (Ricardo)