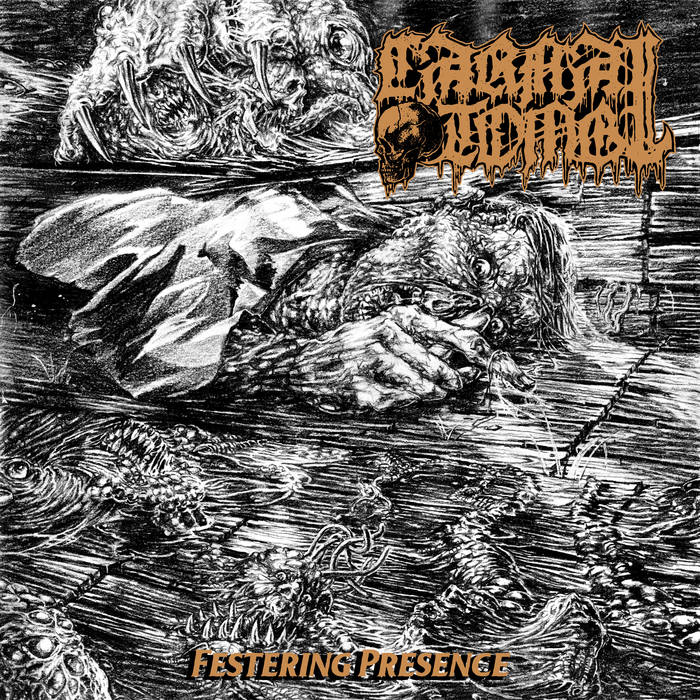 The German Death squad are here again; Carnal Tomb! Not the first time we feature these fine gents of putridness as they are able to continue their level of decay and foul hymns.

On this 7”, or as they call it “our take on the pandemic”, the Tomb are presenting 2 tracks of their Swedish styled Death Metal, the first track being the title track which has Matt Mendoza of Bastard Priest as guest vocalist. A stomping and groovy mix of up- and mid-tempo parts that keeps on giving. The second track “Dust” was originally featured on the “Ascend” which was released in 2014, but it is re-recorded with the nowadays line-up for this EP.

A new album is on its way, in the meantime try to get your hands on this one. (Ricardo)