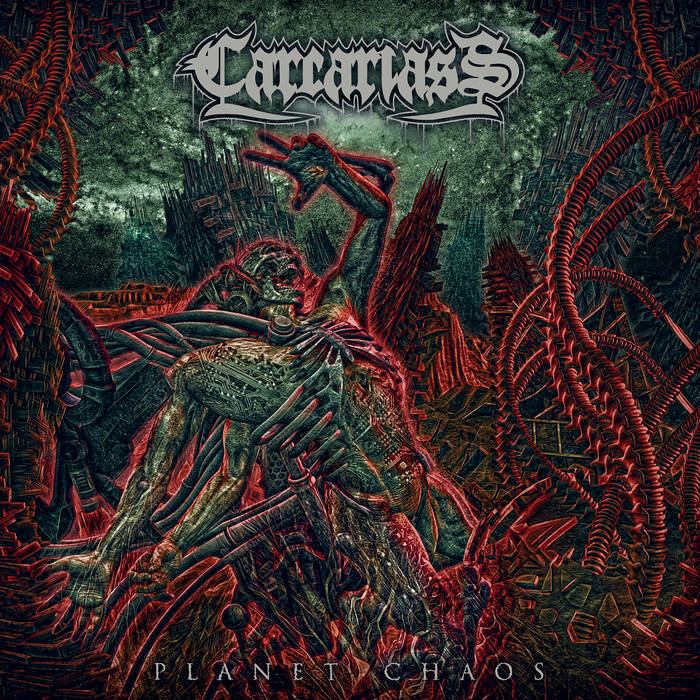 Including the years of Vampire Magazine (1997-2008) and the successor Archaic Magazine (2008-2011), it is fair to say we have reviewed every full-length of Carcariass in those days. A technical Death Metal band that doesn’t get the attention I think they deserve, which I already mentioned in my previous review, the “Hell and Torment” compilation album.

A decade has passed since their last album “E-xtinction” and there is some news from France…the long-living core of Carcariass has found a fourth member in vocalist Jérôme Thomas, who sounds more audible than Raphaël Couturier and a new album is finished: “Planet Chaos”. As a teaser the guys decided to release “Ultimate Escape” as a single to let everyone know Carcariass is still alive and kickin’.

It seems I’m repeating myself, but this is not technical Death Metal for the sake of being technical, these guys know how to create a song with good riffs, multiple layers, melodies and leads with later Death as reference still. Although it all starts with a mid-tempo riff which is catchy, the pace-change accompanied with a great lead gives the song an extra boost.  For fans of Carcariass, the technical part compared with an album like “E-xtinction” is less as the melodic Death Metal rhythm riffs have a more prominent part during this song.

I’m really curious how the new album will turn out…if this the standard quality it is going to be catchy album indeed. (Ricardo)