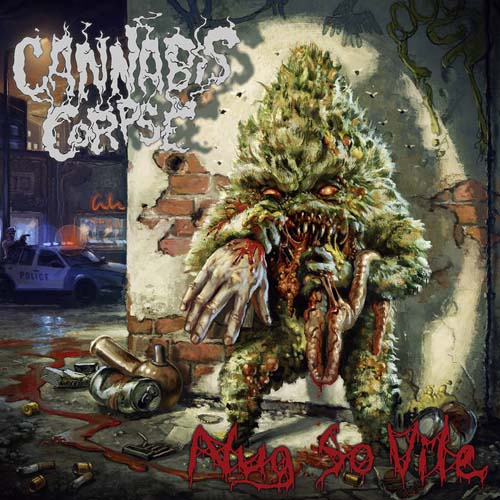 NUG SO VILE! the sixth album from marijuana obsessed death metallers Cannabis Corpse is well… more of the same.

More clever song titles about weed parodied from your favorite classic Death Metal songs? Check. More hilarious and absurd lyrical themes about the chronic? Check. More Death Metal riffs and catchy hooks that blast through the mary-jane clouds of smoke? Check. More fun to listen to than any Six Feet Under album after “Haunted”? Check.

Beyond their gimmicky shtick of weed, Cannabis Corpse have always put out solid Death Metal albums that more often than not are better then several other veteran Death Metal bands releases from the past decade. Sure its essentially a parody but its also enjoyable Death Metal. These Brosquitos got a formula, it’s working for them, they seem to be having fun doing it. So, go have fun and listen to it. (Ted Gloom)