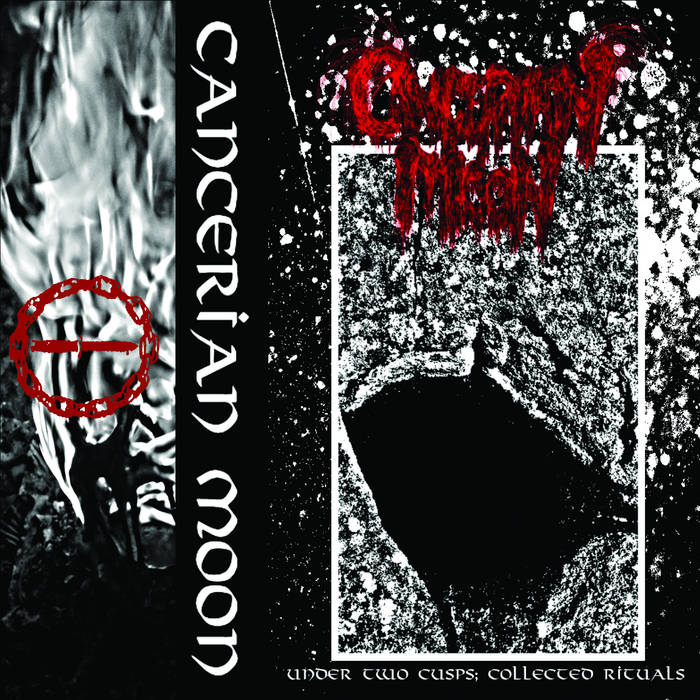 Rubieus Narcoticus (Drums and guitars) and Naag’Mal Slipskaar (Keyboards and vocals) have been together since 2017, crafting a dark beast, infused in Black Metal and Dark Ambient. After releasing 2 Demos, 2 Compilations and 1 Single through the aforementioned label, the re-release of “Under…” had Knife Vision’s touch, per se. Known for releasing exquisite Black Metal acts, this new challenge looks promising.

Cancerian Moon was born from the demented mind of Noise and Punk musicians with a love for the Dark and Black Metal. Expect to be blown away with massive Noise waves, dark as night and fierce as a secluded insane man.

Cancerian Moon is the confluence of Insanity and Filth. Yes, this might sound sort of peculiar and strange and… nonsense. But Music has this side to it, that I absolutely love: the mental image that is placed, in you, painting this oh so strange scenery, in your cortex. The music does not lose its Black Metal basis, no. Does it breathe, exclusively, within the genre? No. I stated just the opposite, in a way. It does hold on to that Black Metal solid structure, adding layers and layers, be it Noise, be it Punk, be it whatever these musicians desire it to be, to form this beast, that crawls from the dark, lurking from the depths, from the ghostly facade of Human existence.

Without a doubt, this is not a standard Raw Black Metal release. Forget the straightforward approach to the genre, and given what I wrote before, one can assume that, I guess. It is not easy to assimilate, I wonder; the Ambient moments add a bit more of Darkness and Despair; those Noisy instants make it almost mechanical, factory like… not an easy one to digest. If you are looking for atmosphere and ambiances, overlooking genres and “colours”, be my guest. Give it a go. (DanielP)