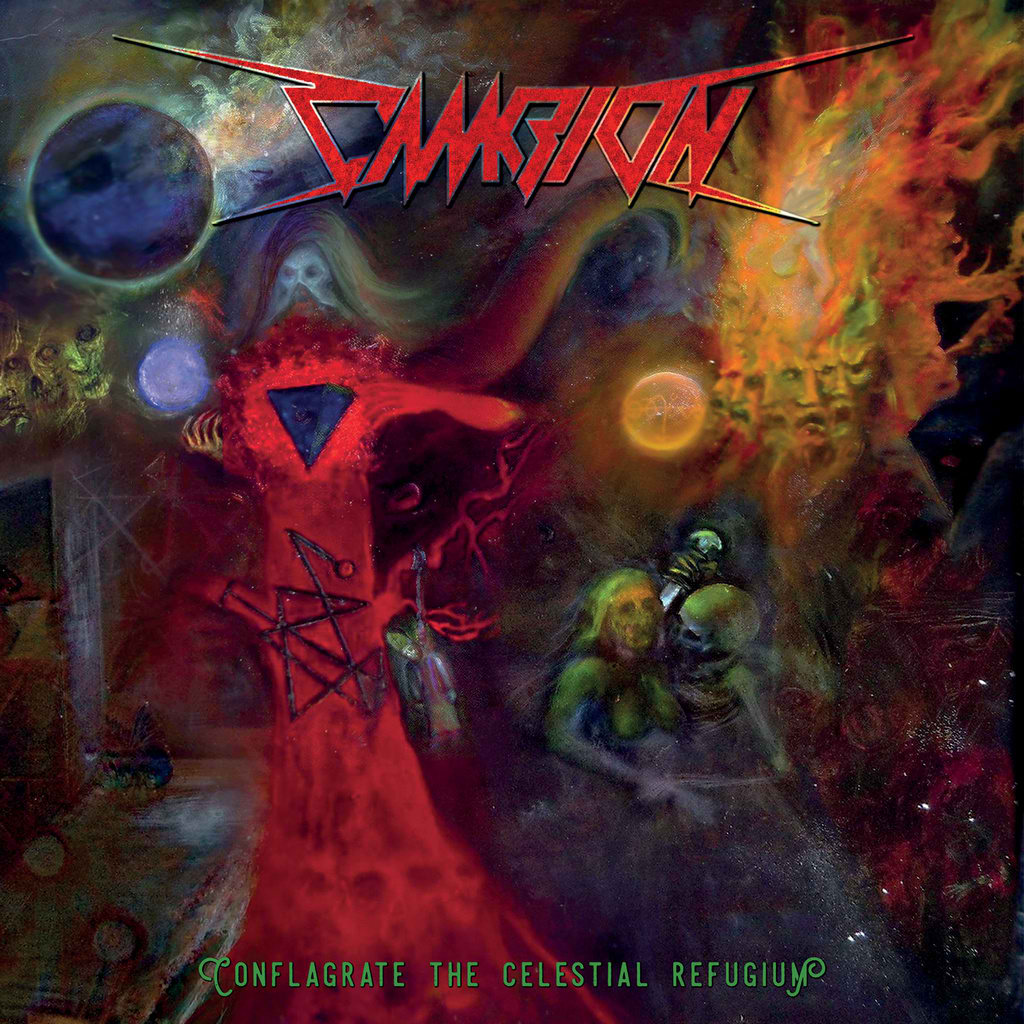 Texas and Bavaria, USA and Germany, teamed up in 2013 to create a monster called Cambion, some Blackened Death Metal of the highest Degree!

The first step was their Demo from 2015 “Unfold Chaos Supreme” followed by the EP “Scourge of Power” in 2017 gaining them a certain recognition in the underground.

Now we have their debut full length “Conflagrate the Celestial Refugium” 4 years later and it’s definitely a contender for best Death Metal Album 2021!

Technical skills on a high level, great songwriting, flowing like lava, brutal as mini-guns and as heavy as dark matter! The production is clear and powerful as well as mixed in a way you can hear every instrument properly and fitting to the song to gain the max. out of it without losing what it’s all about.

The title track already show where this band is going and is one of the strong highlights of the record. Angelcorpse meets Origin meets Vital Remains and so on, a killer chaotic dose of bestial Death Metal tremendously needed. “Cities of Brass” just gives you another taste of it, including also interesting drumparts, like the Latin beat which was incorporated or the tons of cymbal details, fills and breaks done by Chason Westmoreland, also known for his work he did for Hate Eternal, Abigail Williams and so on.

Rich Orsmond on the other hand has some sick vitriolic vocals, aggressive and audible at the same time, very Pete Helmkamp like in the style (oh yeah) and just like him also playing some crazy bass chops. Thorben on the other hand is responsible for the brutal guitarwork and the occasionally appearing backing vocals which fit well together with Rich’s voice.

This record is relentless, mind confusing at times but still fucking straight to the point, exactly how Death Metal can and should sound mostly in my opinion. There is a lot going on instrumentally, so you better give it a couple of spins to get every small piece, at the same time, If you like this kind of Death Metal you will enjoy it directly from the beginning! The last and epic track is an instrumental that never gets boring and fits in a great way to the overall experience, the more dark and obscure side of the band with lots of dynamics and twists which help to create a spacy vibrating atmosphere even in some of the faster sections.

Fans of Angelcorpse and the likes, you were waiting for this! To quote Cambion: “Furious wave of slaughter-lust, Turn black luck into red doom, Atlantean blade grates on bone, Impact steel!” (DPF)