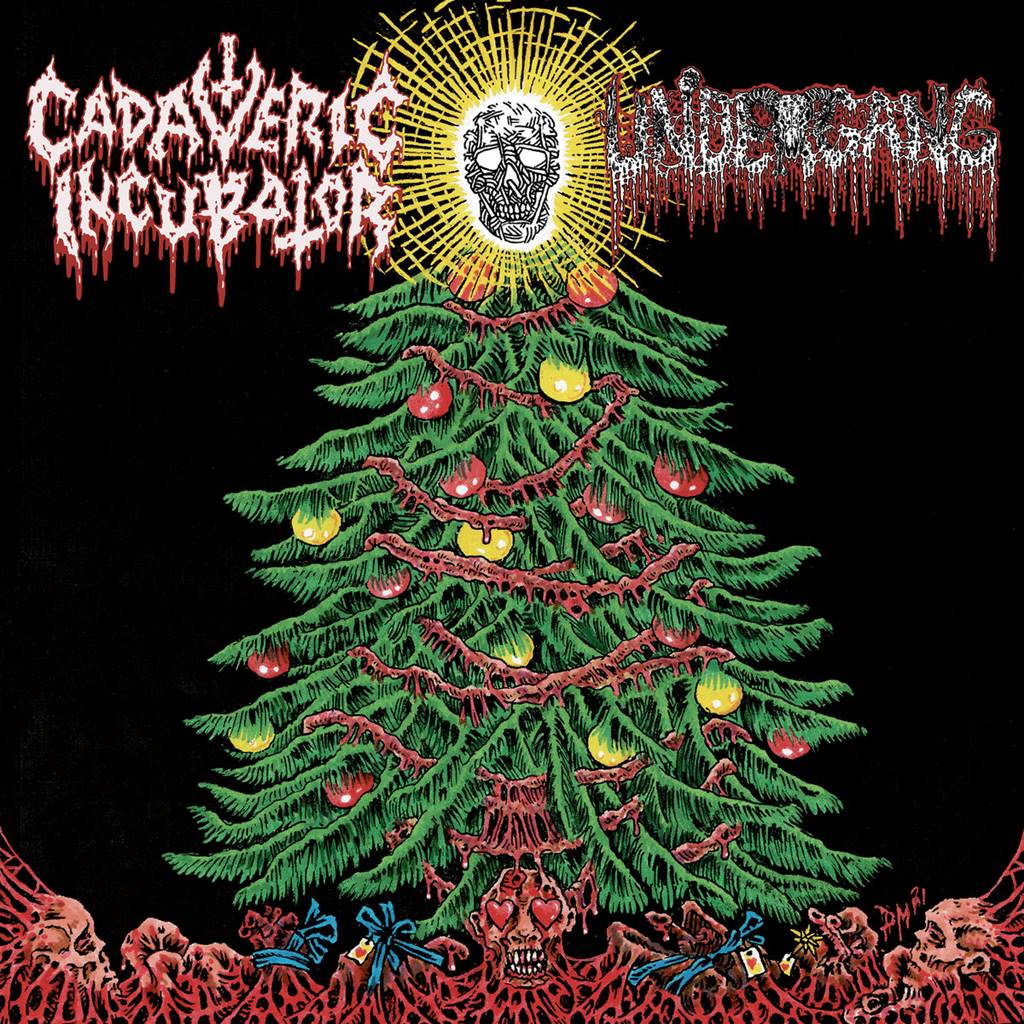 Being an avid fan of Undergang, I might look a little biased when talking about this band. Hell no, not a little. I’m totally biased, damn it! They’re the best death metal band in the world (again, my biased opinion.. ahah).

You might ask, who are Undergang, where are they from, blah blah blah. Man, I wrote a lot about them already, at this website, and there’s no lack of proper info/bio about the band (check Metal-Archives, for example), so don’t be lazy… Also, if you are alive in 2022 and still haven’t heard of Undergang and/or Cadaveric Incubator, you might reconsider what you are really doing in this world.

Anyway, since we all had a fucked up 2021 year, with covid and all the shit happening worldwide, Undergang decided to join forces with (the also great) Cadaveric Incubator from Finland and, why not, release a Christmas 7’’ to lift our spirits before the start of another, most likely, fucked up year.

This split 7’’ is equally divided between the two bands, with one song for each on each of its sides. Released in a very limited quantity in red and green variants (and apparently, already sold out), this record is the biggest candidate to finally replace the “please put a bullet through my head if I have to listen to this song again” Christmas classic by Mariah Carey, “All I Want For Christmas Is You”. What could be better than “Swarming Vulgar Xmas” by the Finns or “Hjerternes Tid” (“The Time of Hearts”, lovely translated by Google – to be officially checked someday) to claim the spot of “Classic Christmas Song” from now on?

My dream is to live in a world where all the radio stations, TV channels and whatnot start playing these two soon-to-be classics, non-stop, from November onwards. (Antonio)