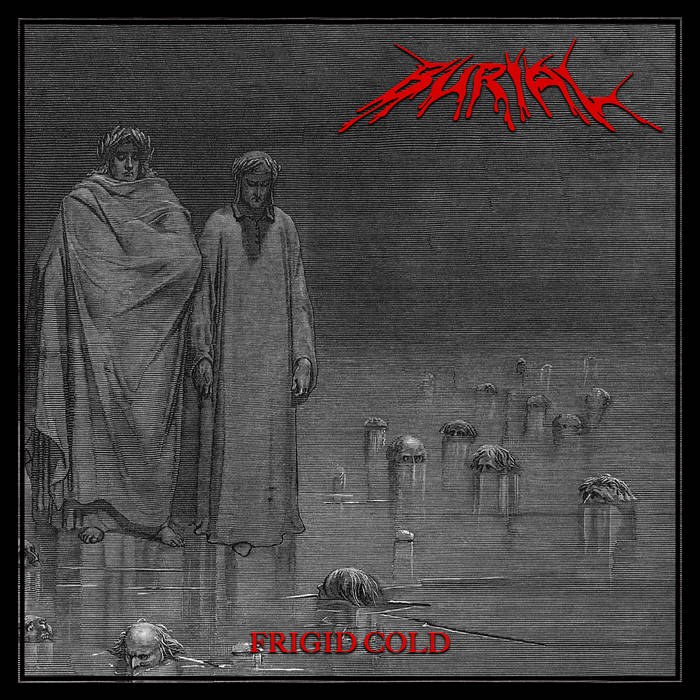 Been a big year for burials hasn’t it. People dropping like flies, and bands such as Burial Remains, this one, Live Burial, the list goes on releasing stuff, and I dare you to type the word “Burial” into Encyclopedia Metallum and see just how many bands have this name. Go on, do it and get it out of the way. Okay, there are 14 you lazy cunt. There, I saved you some time. I’ll also save you some time by telling you that this is a re-release of Netherlands based sick fuckers Burial’s first demo that was recorded way back in 1992, when many of you weren’t even a shine in your bastard father’s eyes. Yeah, weak little young sissies the lot of ya, hey. Well, here is a lesson for you, and one you best learn well.

Back in my day, we could drink twenty eight cans of REAL beer (not his arty farty shit you clowns drink these days), drive our fucking car down the street at 100 miles (or kilometres, let’s not be spacist) an hour, whilst smoking a fag, and have these strange things called cassettes blasting the living bejesus out of our speakers. What the fuck did we listen to? Well you big girly men, you pack of nancies, we listened to REAL Death Metal. The kind of shit that had such a sick cover that you wouldn’t even (and weren’t allowed to) listen to first, you just had to buy it because you knew the minute your mum saw it, she’d probably call either the cops, a priest, or a psychoanalyst. Yeah, that kind of cool shit that many a band CLAIM to be now, but don’t even get close to the stage that if the cassette actually fucked out, you would stab a man with a pen knife to get a pen so you could wind it all back on and upset your mother all over again by playing it non stop 24/7. Yeah, that fucking good.

What has any of that got to do with this re-release? Have you not been paying attention? Fuck me, the world is a mess and it’s all probably because of you, so I will explain this a little more slowly so you can keep up okay? Wankers.. Old  School  Death  Metal. You with me so far? Obituary  Death  Massacre. Look ’em up. These guys may have been half a bloody world away, but they sure managed to keep their eyes on the prize so to speak. Four tracks of unrelenting OSDM right here, right now, so best you get some into your tiny little “I was educated by my Iphone” minds and have a listen, and burn all of your As I Lay Dying shirts and The Amity Affliction underpants, and grow up a little and tell your mum to fuck off like we did back in the day (as long as dad wasn’t around, or he’d beat us senseless, yeah we lived and it made us far more Old School trust me).

Old School Death Metal never gets old, even if recycled, it fucking lives forever. Four tracks of pure class right here, time you learned what that is you manky bunch of buggers, and the lesson is here to be learned! (The Great Mackintosh)