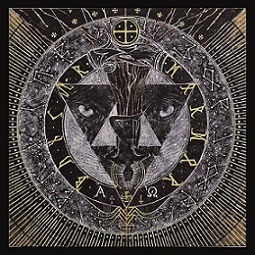 Nuclear War Now! releases are mostly brutal crazy nonconformist stuff and put out a lot of great things in the past. Last year Bunkur and Mordor went together for a split and damn crazy it became. Both bands are covering a song, Bunkur a Carnivore one and Mordor a Venom track. The Bunkur version of “Subhuman” is so fucked up, you need to listen to it and it is already worth the money. The song is heavy and crawls slowly out of the speakers. Mordor are going for the classic “In League with Satan”, renamed it “In League With Wotan“, and keep this thing, just like Bunkur, totally mental. This is some dark ambient sort of thing, with tribal stuff, marching sounds and acoustic guitar before the distortion kicks in with deep guttural vocals. Love that sort of thing? Check it out by yourself then. (DPF)