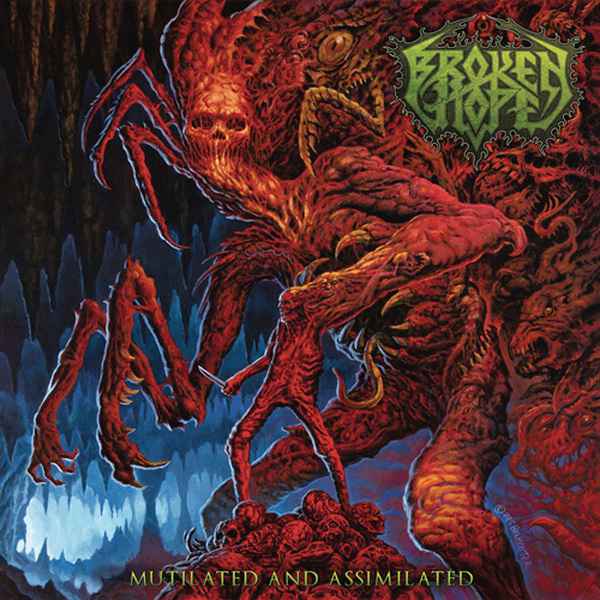 Brutal Death Metal veterans Broken Hope are at it again! “Mutilated and Assimilated” is without doubt a typical US Brutal Death Metal album with up-tempo riffs, slower groovy parts, some occasional leads, guttural vocals…it’s all there and it leans more towards mid-career Cannibal Corpse than Suffocation. The album ends with a medley called “Swamped in Gorehog”, a combination of “Swamped in Gore” and “Gorehog” of their 1991 debut album “Swamped in Gore”. Nice to hear the difference of the new songs of 2017 and the good old spirit of 1991. Decent album but absolutely not a must have, although it is still much better than the Slam-scene. (Ricardo)