Born for Burning – The Ritual 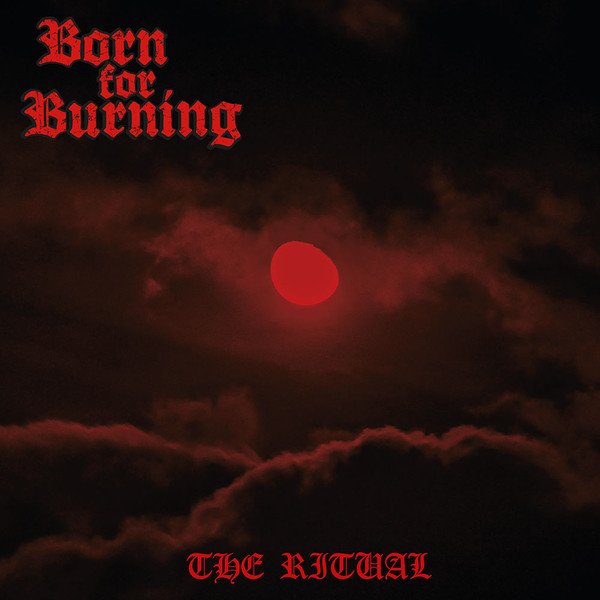 Black Metal, a very abrasive extreme subgenre of Heavy Metal music, founded in the 1980-ies. Venom coined the name with the release of their second album and the band became a source of inspiration for many other subgenres and musical styles to come. They’re thé godfathers of Black Metal, so to speak.

In their wake, another band quickly arose. Hailing from Sweden and calling itself Bathory, this entity released its debut album in 1984 And Bathory perfected the genre. Bathory sounded way darker, evil, brutal and utterly satanic than any other band at that time. If you listened to the albums you always had an uncanny feeling Bathory meant business. With each release, both sound and production improved to the highest possible level. Bathory also laid the foundations for the Viking Metal genre and the bombastic Wagnerian type of Black Metal.

Until this day, the Bathory albums serve as a blue print for the infamous second wave of Scandinavian Back Metal and various other genres. There have been contenders to the Bathory throne up high: Incarnator from Norway, whose discography was compiled in 2015, Hellfire from Sweden with the “Into Fire” release in 2000 and Dom Dracul with his debut album from 2005.

And now there is Born For Burning with their “The Ritual” full length. Formed in 2012. Main figure is Mickael Broberg (Unanimated), backed up by other notable veterans and seasoned musicians from the Swedish black metal scene. A limited 7″ EP from 2014 served as an appetizer. “The Ritual” sleeve proudly displays a variation on the iconic cover of the second Bathory album, the entire image being drenched in bloody red, though. Not to mention other details and artwork.

After the short “Realm To hades” intro, “Master” gets deployed: grand reverbing punkish riffs, primitive bestial song structures and a very bestial and coarse demonic voice, just like the Bathory of old.  Now, this is the 21th century. Recording techniques have improved at a rapid pace. And this rubs off on the overall production of the album.

The sound, people, is … HUGE. Fat, meaty riffing, a big ass thumping lewd bass and dam buster drums. Born For Burning focus primarily on the early works of Bathory, the demo recordings, the songs on the “Scandinavian Attack” compilation and the debut. However – influences from the first four, five Bathory albums are constantly infused into the tracks. And it goes on and on like this – a napalm shower of scorching satanic Bathory antics, fused together into a mighty slab of gut wrenching apocalyptic old-school Black fuckin’ Metal.

This is a trip down memory lane. The era when Bathory blew teenagers from their seats, angered parents, teachers and neighbours and distilled a sense of satanic rebellion in many juvenile minds. A time when Black Metal still sounded dangerous, bestial and authentic primitive – everything that made this genre so extreme. All the ingredients of vintage Bathory are there and meticulously being used. Even the mighty Quorthon himself would have been proud of this album. This ain’t no copycat band – but a brilliant cocktail of true Black Metal!

Those who are familiar with the legendary works of Quorthon and Bathory … needless to say what you should do. Others are advised to pick up a copy, even if it was to experience the atmosphere of one of the first, true gods of Black Metal. RESPECT!! (LCF)