Bloodsoaked Necrovoid – Expelled into the Unknown Depths of the Unfathomable 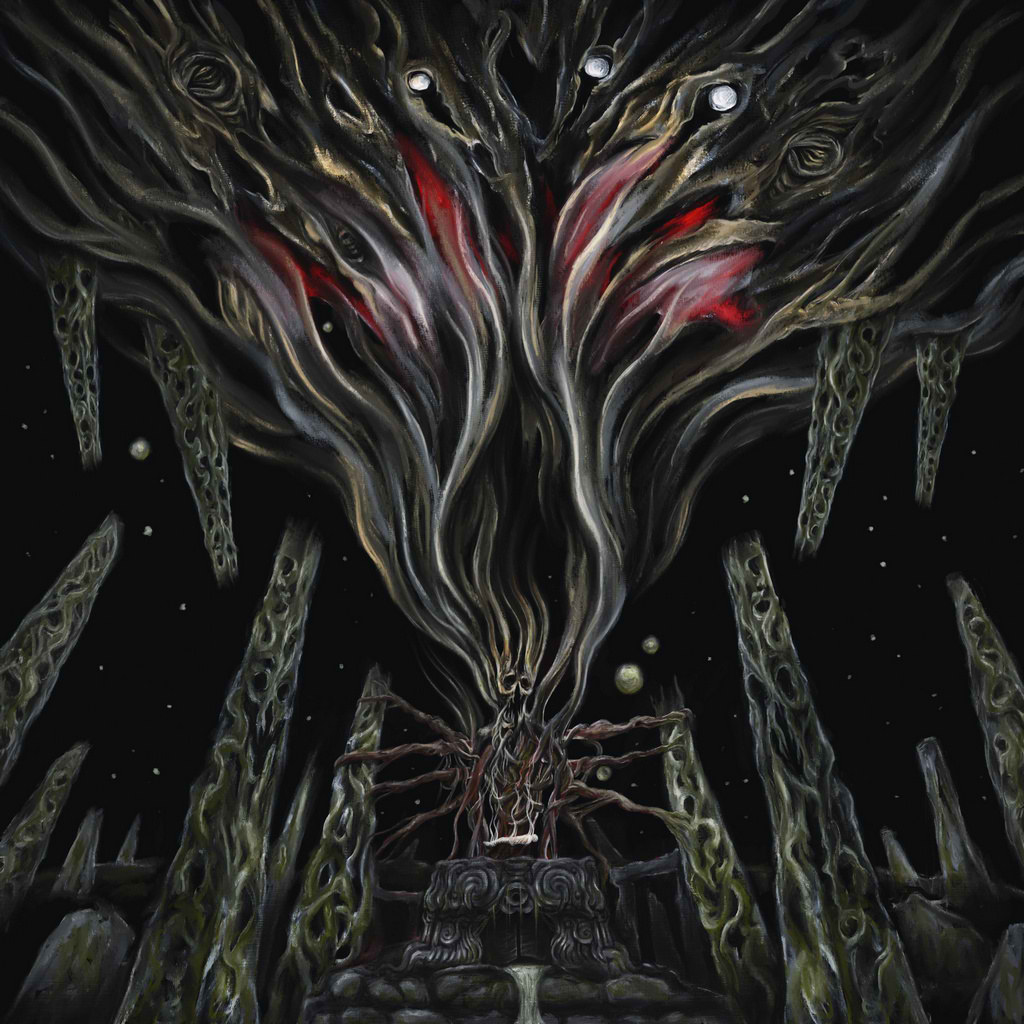 From deep within the mountains of Costa Rica, brought to light by Iron Bonehead Productions, comes the gargantuan sound of Bloodsoaked Necrovoid. Perhaps the most aptly named band in all of Central America, Bloodsoaked Necrovoid doubles down on its aptitude for nomenclature by calling their debut full length release “Expelled into the Unknown Depths of the Unfathomable”, which is a bit ironic considering that is precisely how Death/Doom music (at its very best) can be defined. Unfathomably dark music, at its very core, and Bloodsoaked Necrovoid excel at this on every level.

With song titles like “Dispossessed in an Asphyxiating Endless Darkness”, and “Existential Dismemberment by a Transcendental Nothingness”, one can expect a profundity of expression not atypical to the heartiest of philosophical minds. This does not come in the form of easily understood lyrics. On the contrary, vocalist Federico Gutierrez rarely utters a word unsullied by amorphous growls. What he does instead is provide the menacing atmosphere required for the interpretation of dark poetry through chaos. Gutierrez, who also plays both guitar and bass on the album, has a vision that comes together with all of these elements combined, leaving a great deal up for interpretation.

Jose Maria Arrea, it must be noted, is an absolutely fantastic drummer. His contribution to the material here is extraordinary, if not slightly underproduced. Although, to be fair, with an album that possesses as much reverb as this one does… there really isn’t anything wrong with a bit of muddiness.

Bloodsoaked Necrovoid makes music in the vein of Mortiferum, Void Rot, and Spectral Voice, perhaps with a sprinkling of Hooded Menace or Temple of Void. There is, however, something that sets this band apart from the others. A zealous onslaught of shadow by Gutierrez, enhanced by Arrea’s strobe-like drumming, makes for a truly unforgettable experience.

“Expelled into the Unknown Depths of the Unfathomable” is not an album to be devoured quickly. Rather savored and digested over time. By doing so, you’re almost guaranteed a desire to revisit its infectious fogginess repeatedly. (VUK)