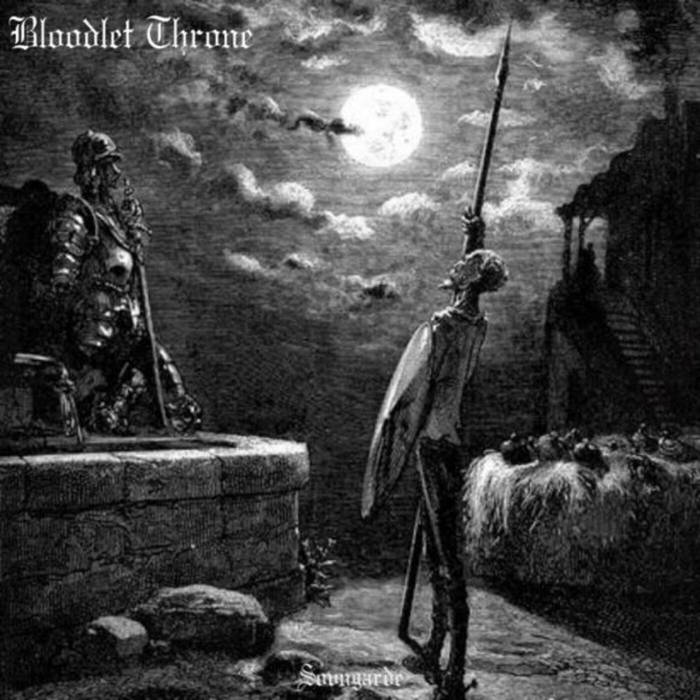 The American musician behind Bloodlet Throne, who goes by the name of Malacath, comes out with ‘Sovngarde’, his debut album, released on cassette tape on the obscure Nocturnal Dissonance in only 25 hand-numbered copies. It’s not just the small number of copies and the label that make this an obscure release, but the Black Metal on this album itself is equally arcane and enigmatic.

‘Sovngarde’ translates into ‘sleep guard’ from Swedish, quite a fitting name, since the music itself has a dreamy feel to it at times, as for instance on the down-tempo ‘Ancient Spirits’. The same dreamy sound can be found in the production, which is rather soggy and dim and contributes to the dark atmosphere on the album. Not everything is slow by the way, there are certain accelerations in the music so it doesn’t become a long drawn out slumber. This is also prevented by some inconsistency in sound, take for example the Burzum cover (‘War’), which seems to have been taken from a totally different recording session or the shrill sounding lead guitar in ‘Realms From Which They Came’, that sounds a bit out of tune and is put very loud in the mix. The musical influences are not only the obvious European bands (the Burzum cover was chosen for a reason), but also influences of home-grown Black Metal can be heard, for example with the buzzing, driving and hypnotic riffs a band like Xasthur is never far away. However, Bloodlet Throne is still quite far away from the quality of the (early) works of, for example, such a band as Xasthur. Still, all in all it is a nice first introduction to this act and it would certainly deserve to be available in more than the mere 25 copies. (FelixS)