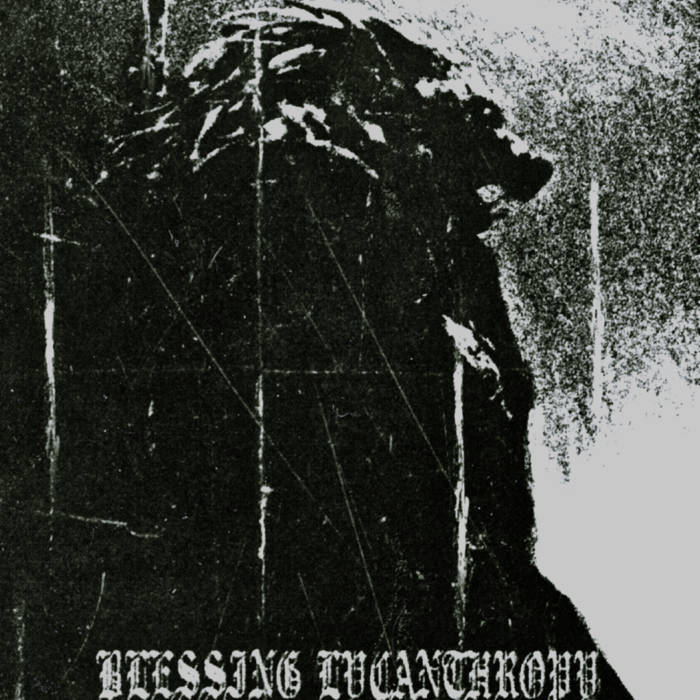 The first demo from this three-member Slovakian Black Metal band Blessing Lycanthropy was released in June this year. Just one month later, the band is already releasing ‘Demo II’. In the review I wrote for this trio’s first work, I already dwelled widely on the band’s background, at least, against which historical and folkloric background the band paints its Raw Black Metal. So I am happy to refer to that review to read a bit more about that.

The first demo was particularly impressive because of the mesmerizing raw atmosphere it evoked. It sounded authentic and organic, all the musical elements flowing naturally into each other. The dense production and all shades of grey made up the canvas for Blessing Lycanthropy. For this second demo, the band takes a different tack. The atmosphere I found so breath taking on ‘Demo 1’ has all but disappeared here and got replaced by an even rougher sound. It was already Lo-Fi, but the band has taken this even further into the extreme. The average listener will struggle to get any real music out of this, so it does require a trained ear to find anything logical or appealing. After a heavily dissonant intro with loads of atonal feedback, the band chugs on in the second song (all songs, by the way, are untitled) where the atonality and dissonance takes on even more extreme forms as the guitar goes full steam ahead in this as well. The whopping 13-minute-plus ‘III Untitled II’ is quite a gruelling ride because of the same gritty and inextricable character of the music. Lastly, we get another four-minute song where the music seems to have been tucked away even further into the depths, but this is the song that has an atmosphere that comes closest to what they had on ‘Demo I’.

If you thought ‘Demo I’ was Lo-Fi, you haven’t heard anything yet. It really takes some effort to get yourself through this. The dissonant resonance, the drone, the feedback, the shrill sound and the absolute raw Lo-Fi Black Metal do have its charm, but it has to be your cup of black tea and you also need to have the guts and stamina to make it your own. No easy stuff!