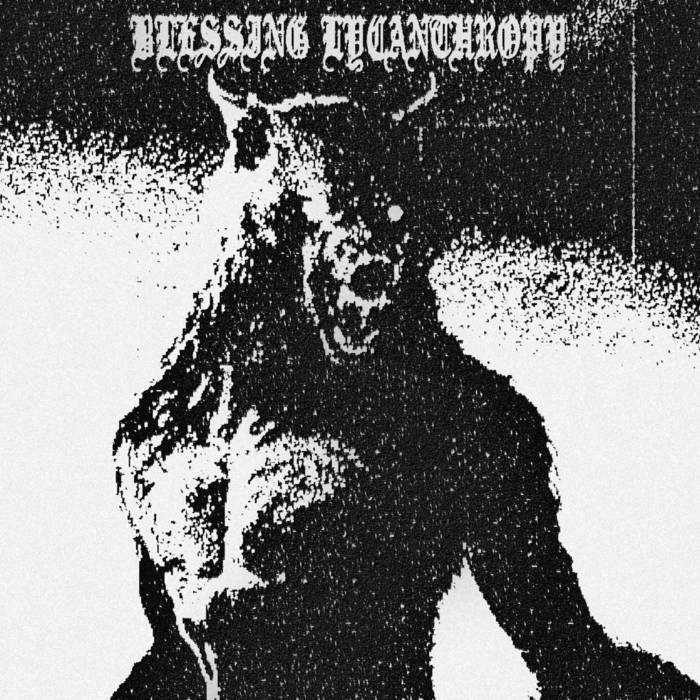 From one of the oldest cities of Slovakia comes this new Black Metal act, Blessing Lycanthropy. The exact age of the city of Nitra is not really known, but it dates way back before Christianity invaded the European continent. It was in those times that the earliest tales of werewolves were told.

One of those stories is about a girl from the city of Bratislava, not too far from Nitra, who went for a walk nearby the then big forests around the city and was attacked by a wolf. At least, she claimed it was a wolf. Whatever really happened, she did survive the attack. Later the villagers saw a bewildered man coming out of the forest with pieces of the girls clothing in his mouth.

In lots of Eastern European countries stories like these are being told for many centuries and even today, some people still firmly believe in the shapeshifting abilities of the creatures. It is said that in the German city of Morbach the last ever killing of a werewolf took place. After this terrifying event, the people of the town lit a candle should be forever burning, if it should ever go out, the werewolf would return. In 1988 a security officer found out that the candle burned out, panicked and ran into the town. The people made fun of his superstition and told him that this story was old and nobody really believed in it anymore. Later that same night a huge wolf-like creature, reportedly about 2 meters in height, jumped over a 2,5 meter high fence. The army was called in and went looking for it with tracking dogs. When the dogs smelled the creature from the fence, they freaked out and refused to go into the forests. Up to today there is still a candle burning in the city of Morbach.

It is against this landscape of folklore and mythology that Blessing Lycanthropy presents its first four songs (including intro) to the world. The Lo-Fi Black Metal with an oppressive atmosphere fits perfectly with the stories of this shadowy time, which were told at the edge of every child’s bed and passed on in every stuffy bar. It is the slow tempo, the raw guitars, the exasperated vocals pressed deep into the sound and the ghostly atmosphere together with the dirty and suffocating production make for a terrifying experience. The intensity of this first demo of the Slovaks, make you doubt whether lycanthropy is only myth.

Keeper Of The Flame