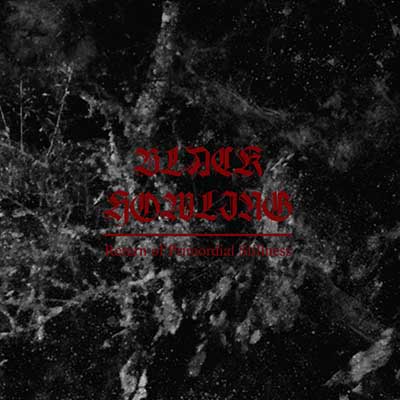 Black Howling, debut with their Full-length album “Forgotten Land, Throne, and Crown” in 2003, had a successful extreme underground journey in the scene till now. Their last album “Return of Primordial Stillness” designates an impression in the underground metal scene.

The album sounds striking with their dark, depressive and downhearted approaches on the instruments along with threatened and suicidal vocals which are like a cherry on the top. The intro and outro tracks can emotionally empty you to your limits with its melancholic and depressive modes.

The album starts with “Iberia”, which is the first track (intro) that sets the mind to mournfully forbode for what is to come next. The next two tracks “Celestial Syntropy” and “Celestial Entropy” is disturbing and vociferous at its peak that creates an odious and pessimistic vibe about yourself. The album ends with “Cosmic Oblivion” that settles doom in the entire universe shaping to kill yourself. This album will give chills and bitter feelings at times when the melody shifts from time to time.

Stay well! Don’t let Black Howling be the cause for eternal derangement. (Souptik)