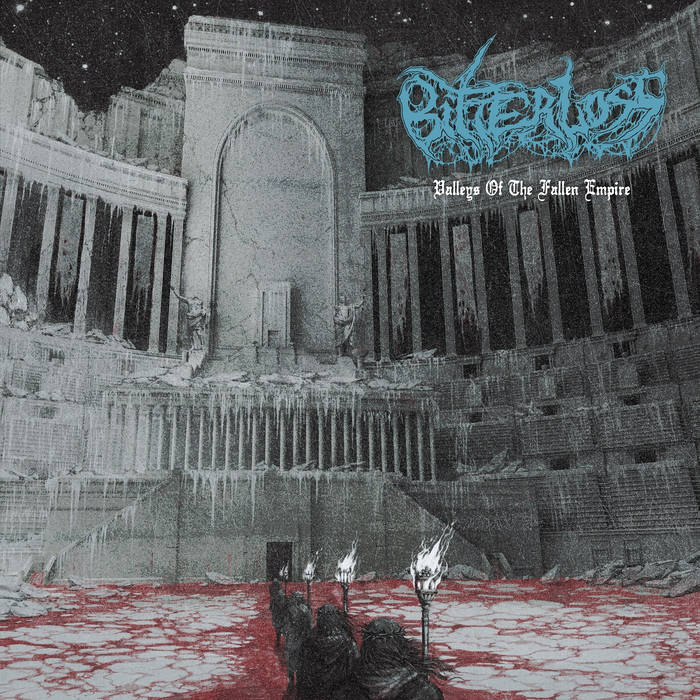 From St. Petersburg, Russia, comes this five-piece Death Metal band. Last year they spawned a first EP, ‘Oblivion in Ceremonial Void’, which they released on CD themselves and got a cassette tape reissue by Headsplit Records. This follow up is yet another EP and came out last week. As a fan of EP’s, especially with the more extreme styles of metal, I am certainly pleased with this and the Russians leave a more than excellent impression.

In spite of the obvious wink to the Entombed song from their iconic ‘Left Hand Path’-album, Bitter Loss has not much to do with Swedish Death metal. Instead they do sound a lot like early Immolation and mid-period Incantation. Bitter Loss serves their Death Metal in a tasty dense sound with lots of great dynamics and haunting riffs. The comparison to Immolation is mostly accurate in the heavy riffing with the iconic suffocating sound and creativity. Despite the fact that Bitter Loss clearly has a predilection for Immolation and the more technical, yet organic sounding Old School Death Metal, it doesn’t sound like a rip-off or as if there’s a little too much borrowing going on. They do bring enough of their own to the table to stand their ground. This new EP was my first acquaintance with these Russians, so I also needed to listen to the previous work to get a good idea of what we’re dealing with. It is clear that the band has taken a nice step forward with these new songs, maybe not so much in song writing, but certainly in creating a good atmosphere. The sound on ‘Valleys Of The Fallen Empire’ sounds much fuller and grabs the listener by the throat. It sounds natural and sufficiently raw to get the best out of their riff-heavy Old School Death Metal.

Judging from these first tracks, including the ones from the first EP, I would say that it is about time these Russians gets picked up by a good label and offer both EP’s a proper release on physical formats and get them widely available. To me Bitter Loss is not much of a bitter loss, but rather a sweet blessing.