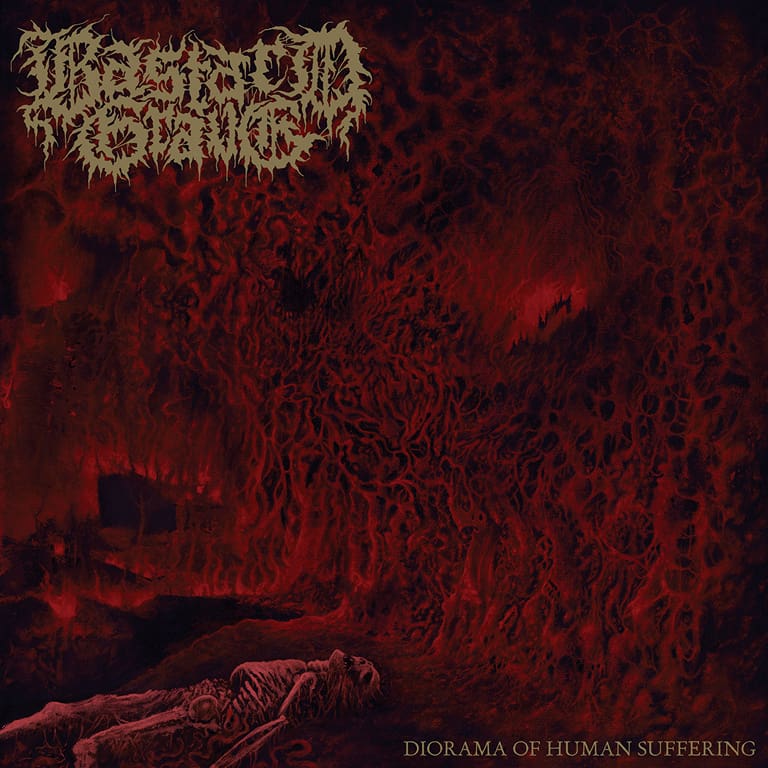 Sweden is the household of numerous noteworthy Extreme Metal (especially Death Metal) acts who originated various unique sounds in the genre. Hailing from the same region, Death Metal quintet Bastard Grave’s new release “Diorama of Human Suffering” is a girthy and stenchy record which is similar to the sonority of Decomposed (UK), Autopsy, Grave, Benediction and other familiar artists. The best way to describe the songs of this album is they are captivating; shrouded in an essence of horrific rigidity. This is their sophomore full length- offering nine grimy tracks that wraps-up approximately at thirty-eight minutes.

You will find the classic vibe of OSDM throughout the tracks because the way they conserved the filthiness of late 80’s and early 90’s Death Metal is very conspicuous. A little bit of doomish influence is also noticeable here and there, especially in slow paced notes that are mixed with ghastly harmonies. These dreadful maniacal riffages are akin to the subconscious thoughts of a serial killer who is 24/7 kill-hungry and roams around with a fanatical smile, searching victims and carrying out assassination. The carnivorous melodies of these bludgeoning numbers are just putrid to the core that they cause grotesque paranormal entities to appear in our dimension and demonstrate dire actions. Fearful, calamitous and barbarically spooky tunes flamboyantly subjugated the sinister essence of the album, making it more demonically powerful. This record is enjoyable on its entirety but some tracks just stand out as more devastating for having hellishly alluring musical notes like “Drowning in An Ocean of Bile”, “Transubstantiation into Feces” and “Stench of Infection”. Give this album a spin to make your own conclusion whether it’s worthy being appreciated or not, and the probability of being disappointed is very low. (Osmani)