Azath – Through a Warren of Shadow 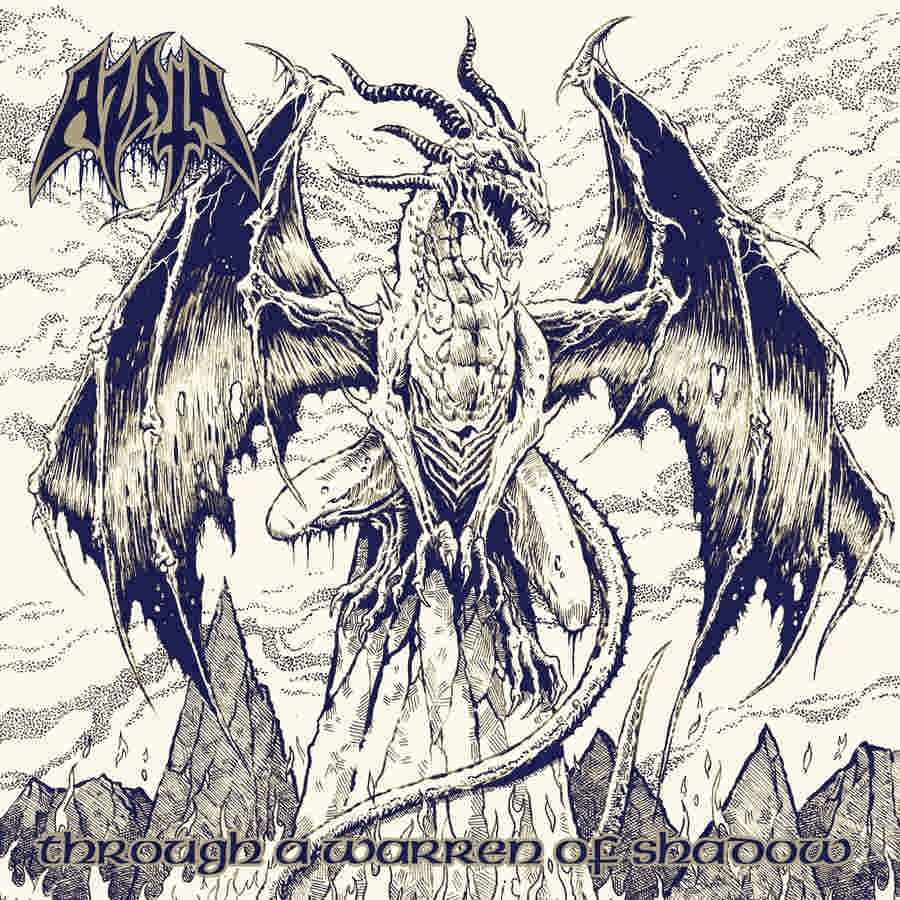 Short history: with members from California  and Canada, 1 demo album released in 2018, two years later their debut full-length is on the table! While on the demo only a drum computer is audible, this time they wisely added a real drummer (Pierce Williams) to their line-up. And what a bloody beast is this drummer! Technically superior, merciless, and as fast as a computer haha. No really, how did he manage to endure that level? Impressive.

Old school Death Metal with no glitters and shine, just uncompromising with killer riffs and raw and primitive vocals ditto instruments, what does a man/woman need more? A  Black Metal sauce is poured over their sound that creates a threatening atmosphere on this release. Sometimes old Immolation comes to mind, but only on some facets. Overall seen this is great Death Metal with no mercy. The mix is a bit stocky, but it doesn’t sting that much, the album is well balanced and my favourites here are “Mortal Sword”, “Knight of Chains” with its overwhelming speed which is amazing and the titled track itself! Definitely worth to check this one out cause this is quality. (Fredde)