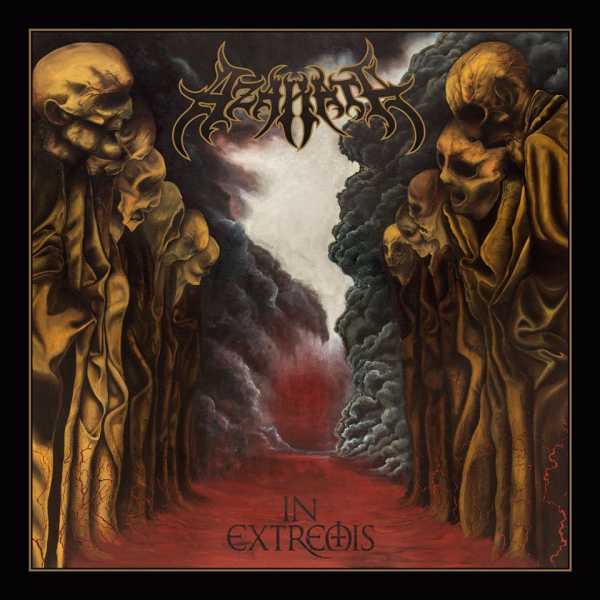 Probably many are aware of this band, best known for notorious releases in the past like “Infernal Blasting” or “Diabolic Impious Evil” just to name a few from previous 5 solid albums. And the torture continues in the 6th installment. Azarath doesnt seem to have the need to take some time off from the blasting chaos just yet, so this battle hardened seasoned player just marches on. With all the structures making its form with the previous releases, “In Extremis” displayed much better solidified formation.

It kicks off with furious militaristic attack style : no fucks given, none taken! Those who are familiar with their past releases, would noticed a much more articulated and calculated chaos in their recent compositions. These aspects are further high-lightened in “In Extremis”. Raw sounding productions are now replaced with thick pompous solid production, direct & robust attacks are now replaced with much more complex & calculated song structures. Having a beast of a drummer like Inferno (only the remaining founding member and of mighty Behemoth fame), these new direction really does compensate his abilities to go for the jugular maximus. All might of the mighty Poland. (JvH)