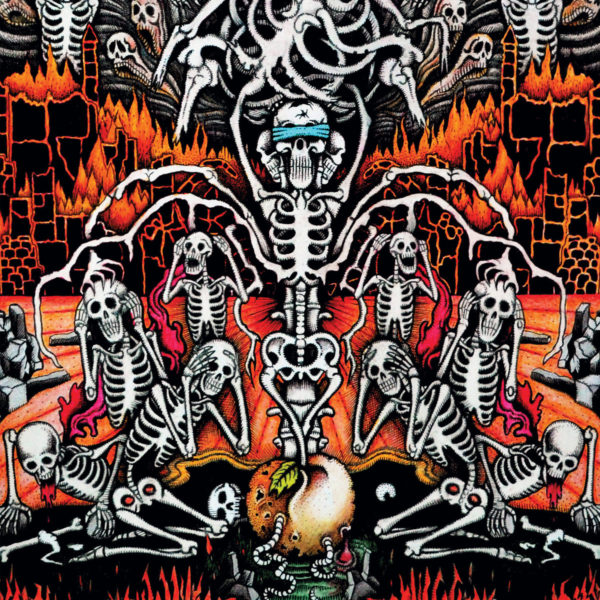 Two bands from Finland are on this split released by the mighty Iron Bonehead records. First are Axeslaughter with two tracks plus intro. The band exists since 2006 and have numerous EP’s, splits ,records and compilations but not an official full-length album. They sound raw, dirty and unpolished. The first track “Primordial New Age Dream” is slow with a big Hellhammer/Celtic Frost vibe while the following “Dungeon of Metal” is fast and insane Thrash/Death massacre. Good work!

The other band is the split is Cadaveric Incubator and those guys just ripped my head off! Crushing Death/Grind with an oldschool Vomitory feeling with heavy guitar riffs, blast beats and deep growls. Their two tracks “Contaminated Blood” and “Necroterrestrial” are amazing and I highly recommend their debut debut album from 2017 “Sermons of the Devouring Dead” for some first class brutal sonic experience. You can hardly go wrong with releases from Iron Bonehead records and this split is no exception. Definitely a must hear release! (Zvetan)