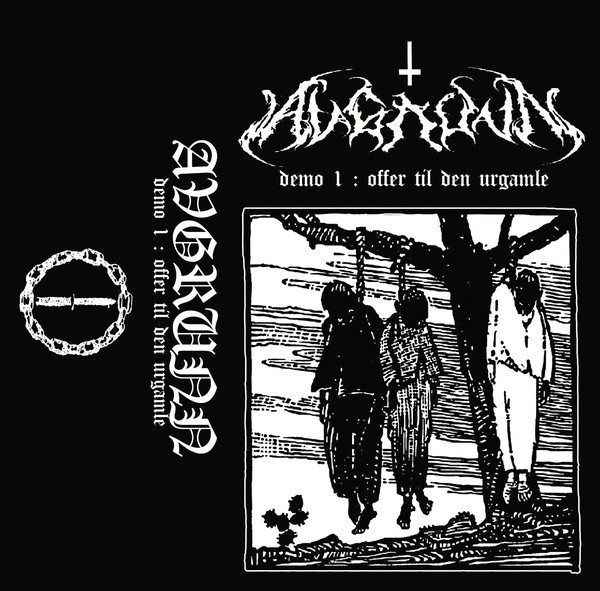 The Norwegian Avgrunn are a three piece performing epic true Norwegian Black Metal. This is apparently a recording from 2010, recently released and awakened from its ancient slumber by Knife Vision.

Musically, this demo has all the ingredients of irresistible late second wave Black Metal. An extremely heavy drum sound, a very audible bass, amazing tremolo picking on the guitars and raw, tortured vocals. It’s hard to believe this was recorded 9 years ago as it sounds as good as a contemporary recording. In my opinion even better because of the pounding drums and the roaring bass, not to mention the unpolished brutality emanating from the songs.

Four (lost?) tracks are featured on this release, most of them mid paced with faster parts. Four well-constructed songs of the finest Norwegian Black Metal I’ve heard in a long time. And all four songs have a playing time between 5 to almost 9 minutes, which only adds to the exquisite pleasure of listening to them.

This demo has the effect of a sledgehammer. Those into second wave Norwegian Black Metal with a punishing heavy sound don’t have to hesitate. The band is marked as still being active, so … who knows what the future might bring? (LV)