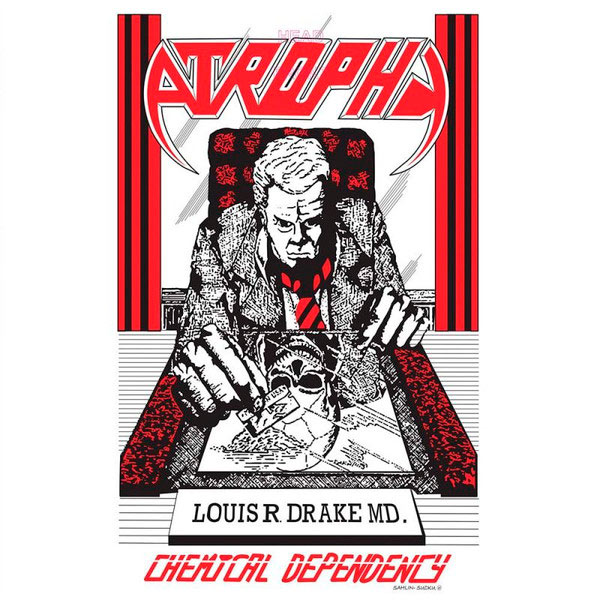 While the songs on the demo appear on the full length ‘Socialized hate’, the demo presents the band at a nascent stage and portrays their maturity in songwriting right from the get-go. The demo, even though portraying the aggression that is associated with Thrash metal, has moments where you can hear the influence of traditional heavy metal elements in the songwriting. Extremely catchy riffs, played with near perfect guitar tone at explosive speeds constitutes a strong foundation. James Gulotta on bass deserves a special mention for some of the best bass work ever seen on a thrash metal album. Absolutely thunderous bass playing through and through, especially on the track ‘Preacher Preacher’.

While not the pinnacle of originality when it comes to songwriting, it is definitely a great record and executed perfectly. Atrophy is a criminally underrated and often overlooked Thrash metal band, most likely owing to the time of formation and operation.

VIC records has now made this demo available on CD format for purchase as opposed to the initial release on cassettes, released independently. This might be the only chance to grab this piece of thrash metal history, so don’t think twice while purchasing it. (Sudarshan)