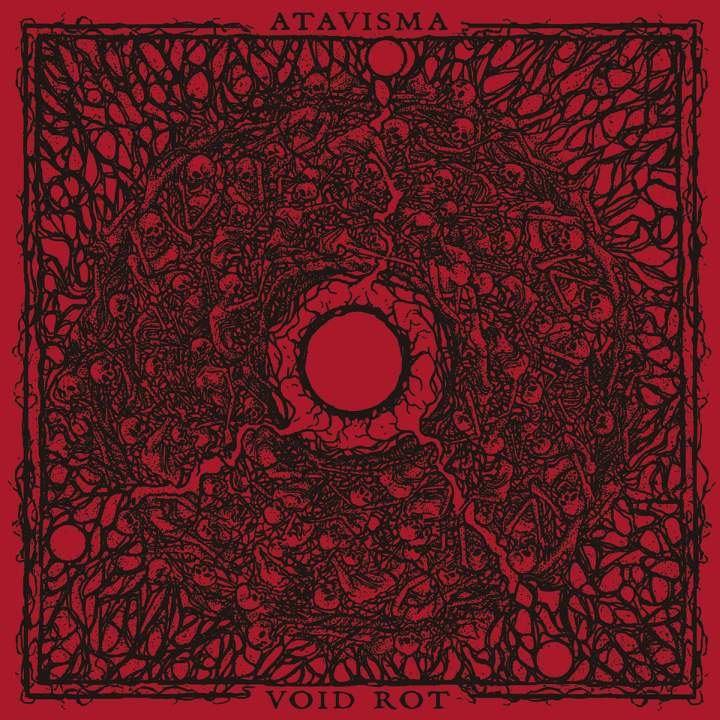 The recently released split between two young and promising Death/Doom entities – Void Rot and Atavisma – is finally here. Featuring 3 songs from each, it is the perfect mixture of Atavisma’s unsettling grimness and Void Rot’s cosmic forcefulness, met together to form a crushing entity of sound. Stating their obvious influences as Krypts, diSEMBOWELMENT, Winter, Spectral Voice and more of the such, the duo executes all there is to take from already existing Death/Doom metal.

You might know Void Rot by their EP “Consumed by Oblivion”, or Atavisma by the full-length “The Chtonic Rituals”. What their joined record is, is a combination of two distinct sounds; we as listeners differentiate two similar auras, yet different personalities, delivered by three songs from each. Might have been a bit risky, but is for sure well executed.

Atavisma is, as I said, grim. Heavy. Very deep experience and expression. Their vocals give a lot to the sound; they affect the feeling of the song in quantity untypical for most of metal. Old school Death Metal elements are executed with no exaggeration and as well as when the respective scene was in its full blow. Void Rot, covering the second half of the album, is huge in sound. Massive yet atmospheric, it takes Atavisma’s fundaments into the most majestic Death/Doom expressions.

Both bands give off that youthful and creative energy with most prominent elements being capturing riffs and hints of mature dissonance. My only tiny criticism is that it’s a shame they didn’t take opportunities in their songwriting to go to a higher level and spice it up a bit because they had both the chance and skill. So, very interested to see what the future will bring!

When Death Metal is taken to cosmic territories, energy like the one you’ll get from this split emerges… Listen to it for the crushing all-present atmosphere, fullness of sound, or for creative exploration, or simply fun – it has it all. All told, if you’re a fan of any of their influences, you’ll be a fan of this, too. Enjoy! (Lana)