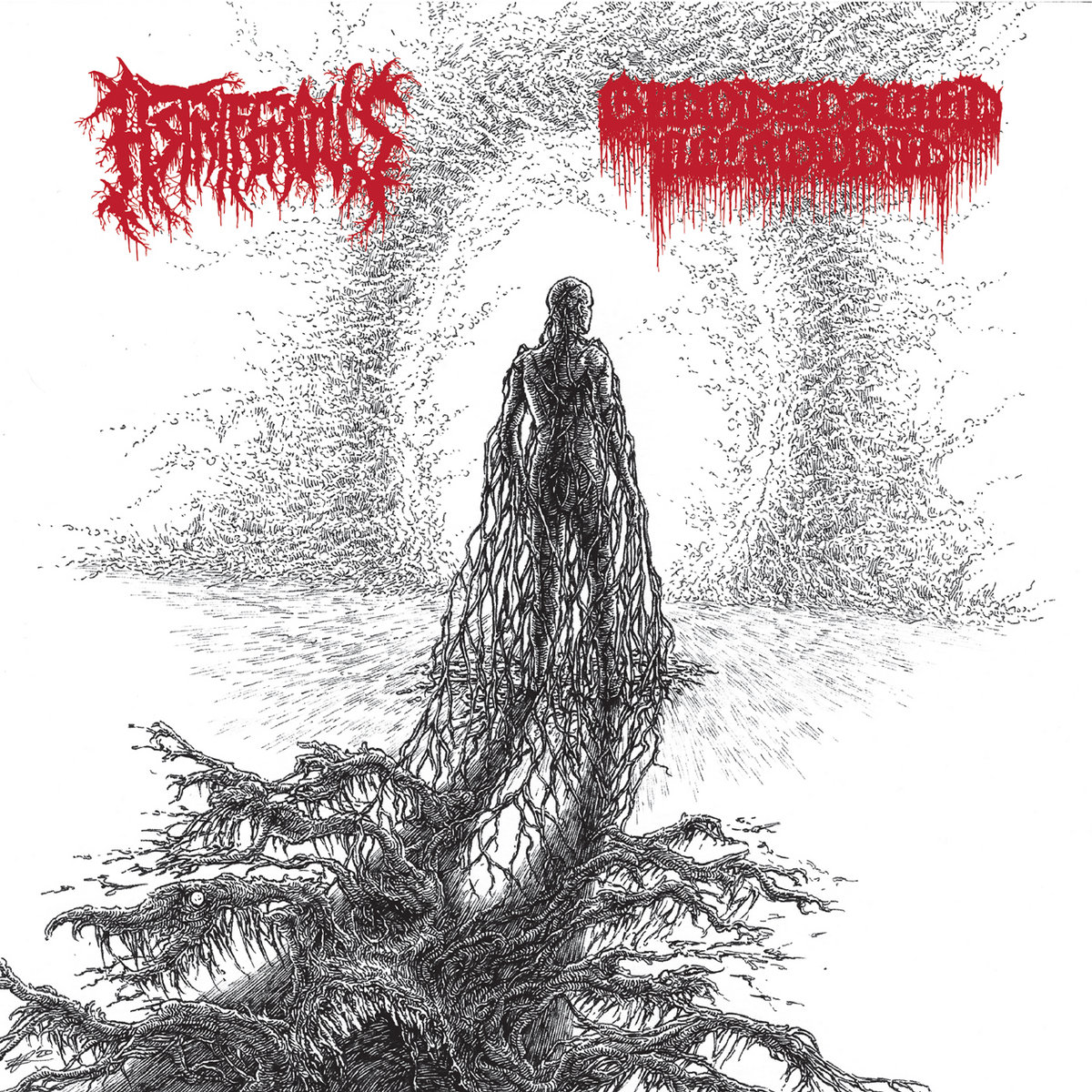 A split from San Jose, Costa Rica’s Astriferous and Bloodsoaked Necrovoid, released by Seed of Doom records and mastered at Resonance Sound Studio?!? Fuck yes! I will take that every day of the week. Bloodsoaked Necrovoid consists of Federico Gutierrez – guitars & vocals and Jose Maria Arrea – drums. Both of whom also play in Astriferous. A good sign for sure. After the release of Bloodsoaked Necrovoid’s, “Expelled into the unknown depths of the unfathomable” & Astriferous EP, “The Lower Levels of Sentience”, in 2020. Thankfully we haven’t had to wait long for new music.

Astriferous start of with “Dweller on the threshold”. Punky D-beats build to a slow dragging verse of repulsive vocals that sound like they were recorded in a corridor of human skulls. Vocally this takes you down a hellacious blackhole. Death Metal of a sickening class. Some nasty riffage that is pure muscle and makes you want to slam immediately.

Bloodsoaked Necrovoids “Encased emanations of scourging suffering”, is a textbook of Doom/Death Metal. The snare sound splits through to jolt your serotonin back to despair. Atmospheric vocals drowning alongside the repressive bass feels as though you’re falling off the edge of time and space. Creative and almost melodic in parts. Note the ending of the song where the drums don’t just blast to nowhere. Such a cool way to end the song.

2 tracks from 2 great Death/Doom Metal bands. A constrictive cosmic jam that grabs your curiosity for whats to come next. (Skye_Dogg)