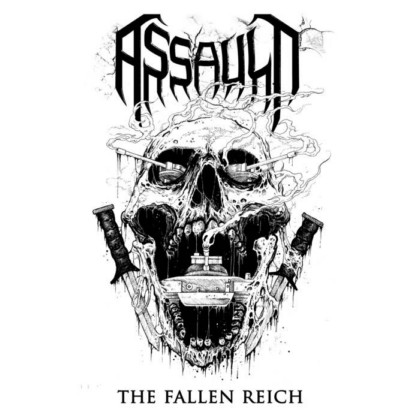 Must be how my one brain cell works, but I really thought I’m going to deal with an Old School Thrash band when I saw the album artwork (made by Mark Riddick). And “Assault” just screams Thrash, doesn’t it? Once again; never judge a book by its cover. Assault from Singapore is dealing with Melodic Death Metal with Thrash-parts. Not the good old Gothenburg from the mid-1990s, but more the staccato-2000s kind. May I say “modern” even that era already started 17 years ago? I have to correct myself, it’s not ultra-modern modern…sort of speak, otherwise I would get physical problems and spontaneous bowel movements. These guys are a mix of the Sweden and American scene of the 2000s. A mixture of The Forsaken “Traces of the Past” & The Black Dahlia Murder’s “Nocturnal”, I think that would be a good starting point for you. (Ricardo)