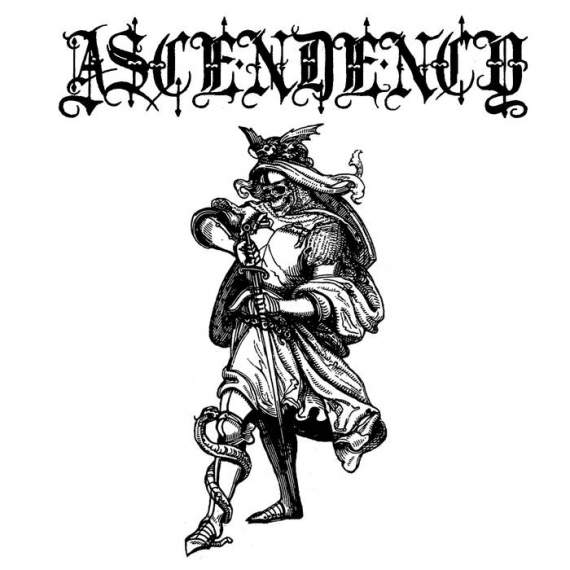 Bugger me with a slightly bruised piece of whatever these mongrels eat if this little two song effort hasn’t done my head in. These Danish, or Denmarkian lads if you prefer, have not at all delivered me a bundle of confusion right here. That’s sarcasm in case you couldn’t tell. Ascendency start right off with an aptly titled song, “Altered Beast”, and here I am sitting here thinking Bolt Thrower have been resurrected, and then they throw go throw in some shit that sounds a lot like Black Metal, you know, them riffs and a dude that sounds like he is yelling at you from another realm, or behind your lounge on the other side of the room, a very big room at that, and then do some awesome D-Beat stuff, and then.. Well the first song has so much promise, but doesn’t seem to go anywhere, It’s like one long intro, and the suspense, at least for me, sort of fell into the seventh layer of Hell. You know the one, the one for folk who tell boring stories, and people who don’t wash their hands after going to the lavatory..

The Second track, “Culling the Weak”, has Bolt Thrower written all over it again, to start with, then.. Well, more blast beats, more aaarrrggghhh, and more ‘I am singing to you from the netherworld, actually level eight, the one where people who like Tribulation and probably use a very tinny high hat to wipe their nose with’ reside in. These guys are great when they slow down a touch and get, well at least me, hooked. When they go all diddly fiddly and go blackish, it confusticates me. Some of this is stellar, some of this just doesn’t grab me. I’m well fucking confused

I lied, I am listening again.. It still makes no sense, but, I like it. What is to become of me..

I bow before you Ascendency, you have my attention, maybe I’ll just listen a few more times haha. Check this out, the very least you could do! (The Great Mackintosh)