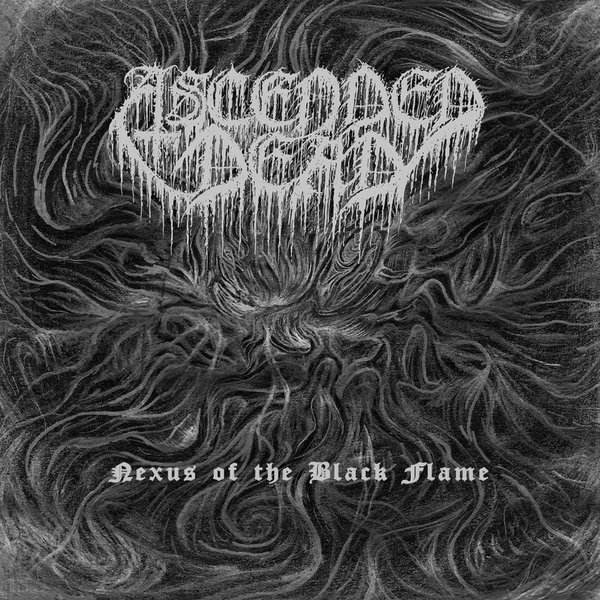 Ascended Dead, some really deadly slashers, came back from the vortex together with their preachers from hell Evil Priest to stab, hack slash, kill, evoke, invoke, raise some hell (and dead) upon the ancient black earth the way it should be!

Ascended Dead start really furious. This is just madness, DOOM Eternal like shooting, hack’n slaying all the way. Damn, what to say, “Nexus of the Black Flame”! Fukk!

Evil Priest go a bit more groovy in overall, more mid tempo thrown in with a slightly more complex approach, “Blessed are the Sick” vibes, and vocal torments somewhere between Zealot Cult, Skeletal Remains, Pestilence, Chapel of Disease…you get it, but don’t be fooled, the violence is here, just sick. The obscurity has been revealed folks.

Thanks to Invictus Productions for releasing such madness and even more thanks to the bands! Split EP of the year so far! This is the right package to tour with. I need a break…(DPF)