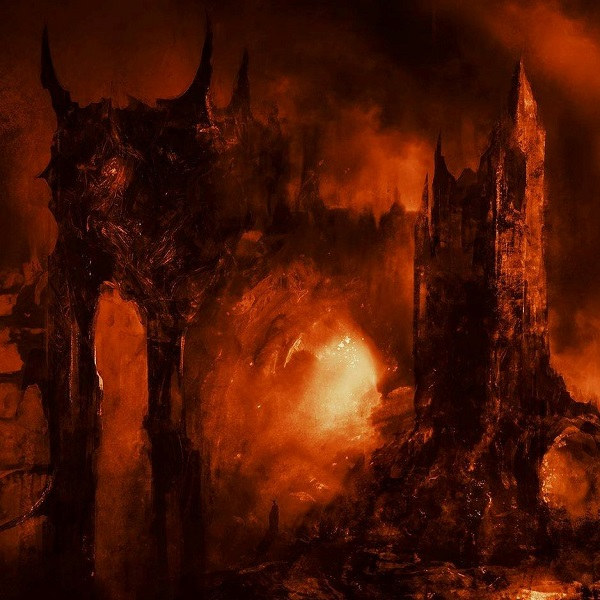 Remember tape-trading? This was the way broke-ass metalhead could discover new music in the dark ages before the Internet. Sending pirated cassettes with albums and demos through the mail to friends in tother places of the world and getting other albums the same way back from them. My friend Markus from Findland and I did that in the late 90s. We actually continue the tradition nowadays. But, because we are no broke-ass school boys anymore – more like broke-ass adults – we send eachother original albums of underground metal. That’s how I got the first CD of Asagraum around two years ago. The cover looked interesting so I played it first before checking the rest of the albums and the hand written letter in the parcel (we are that old-school). I was blasted from the first tone. Amazing black metal! Then I read that was a debut album, which is incredible. Also that it is an all-female black metal band, which is sadly a curiosity.

Back to my teens in the 1990s: there were almost no females in metal. Specially in the extreme metal scenes. My respect goes to the female pioneers in metal. I recently saw Girlschool on stage and it was pure awesome, just to put one good example. But the role reserved females in metal was mostly a decorative one (the problem still exists). And this sucks for many reasons. The main one is that one-gender-clubs tend to be boring or places were stupidity thrives. Another one is that – and this one was specially important for the teenage me – some male metalheads may be interested in meeting females in the scene they love. So, it was nice to have a growing number of female singers in metal in the 90s. We even got Astarte from Greece, first (almost) all-female black metal band that I know of. Diversity made things better. I am glad to walk in festivals and gigs today and see that, specially among the younger audience, the number of women seems to be growing. I dare anyone to tell me why this is not wonderful news. And it is even better news when those women are standing on stage as Asagraum do. I’ve been lucky enough to experience them live. They are amazing. Also, very much in the tradition of the above mentioned Astarte, their music is not linked to any conservative clichés of what femininity should be. It is true Black Metal – and I very much fail to see why the hell that should be a male thing. By the way: Rest in Power, Maria “Tristessa” Kolokour, Astarte (1995-2014).

Wasn’t this supposed to be an album review? Let’s go on with it. After their outstanding debut, Asagraum are back with a second album. “Dawn of Infinite Fire” was released in September 2019 by Edged Cirlcle Productions, the label of Iscariah (Immortal’s ex-bass player). In a 2019 that has been fruitful for the Black Metal scene, this release manages to stand out. This work represents an improvement in all aspects of the sound Asagraum delivered with the previous “Potestas Magic um Diaboli”. Those who know that album (those who don’t, should) will at once recognise the authors of this one. Asagraum had managed to create their own guitar sound and vein of song writing – which is rare in a project as young as this one. There aren’t many changes here. Why should there be? What we hear in Asagraum anno 2009 is, as I said, an improvement. The amazing production is the first aspect one recognises. The sound has more depth and structure. The whole feels mighty. One can even enjoy the bass lines, which is not that usual in a black metal album. The compositions have also reached a new level. This album sounds more mature (yep, you can cross that one from you game of album’s reviewer bullshit-bingo). The compositions that, inspired by the Norwegian 2nd Wave of Black Metal and early Dark Funeral, feel more organic. They flow with a new level of aggression and power. The album has more atmosphere. It is more epic without loosing darkness. The more atmospheric nature of this album does not mean that the riffing falls behind. Actually one is regularly remembered that this is metal and not ambient. Be ready to unconsciously headbang at many passages when enjoying this masterpiece. With their first output, Asagraum were newcomers with a promise of greatness. This second album goes beyond fulfilling that promise. Their name stands now among the greater ones in the scene. (Damián)