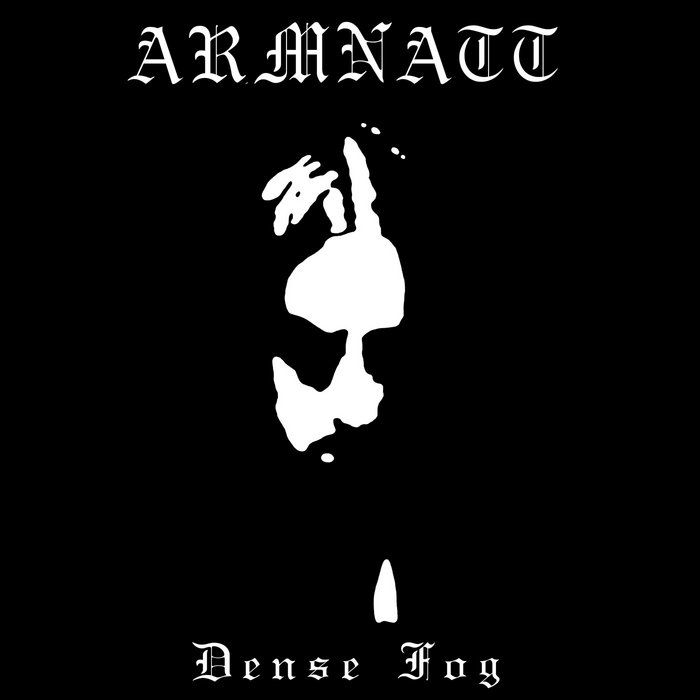 “Dense Fog” starts with flames, the intro track sucks you into the sound of crackling carbon, and ashes joining the wind. This leads to the title track where we are greeted by Armnatt’s newest offering. A quick intro to the main riff is all that is needed to unleash the Portuguese horde. Whereas “Darkness Times” favored drums forward, on this release the guitars are more pronounced. The biggest difference in this new record is the expansion of the sound. Guitars are at times layered or doubled, the bass contributes to the unnerving buzz and rumble.

One thing that jumped at me while listening to “Dense Fog” is the variance in songs. Gone are the strictly linear progressions and adherence to the full steam ahead approach to Black Metal. There are pauses, and more tempo changes; at times, the drums veer into d-beat and crust territory adding some extra spice to the madness. Don’t get me wrong, considering the metal scene in Portugal, this should rest comfortably near Black Cilice as opposed to Gaerea.

It is easy to see the band’s progress and improvement on Dense Fog – a title apt for the year we have lived through – their commitment and effective effort is best illustrated on tracks “Dense Fog”, “Eternal Night”, and “Obscure”.

We have heard similar rituals before, there is a sense of familiarity within this album that is comforting, in the same way that people associating with shitty family members or friends is comforting – it’s the hate we know. The viciousness and fury here are familiar, but nothing new.

On repeat listens “Dense Fog” is a reminder. The human of Ages past was perhaps consciously aware of their limitation in their present environment, and the inability to realize what the mind could conjure or accomplish might have allowed the chaos and violence to fester until it bloomed into undiluted anger and hate. A desire to do more, to be more, and a resignation to the pointlessness of it all. Medieval Times continued to bring chaos and violence but also more apathy and disgust, more blood and disease. In some ways raw Black Metal connects us to those humans and reminds us that the thoughts and emotions that have dominated our collective psyches have been a part of life for as long as we have walked the Earth.

2020 was a good year for black metal and Armnatt’s contribution was a part of that. (International Acrobat)