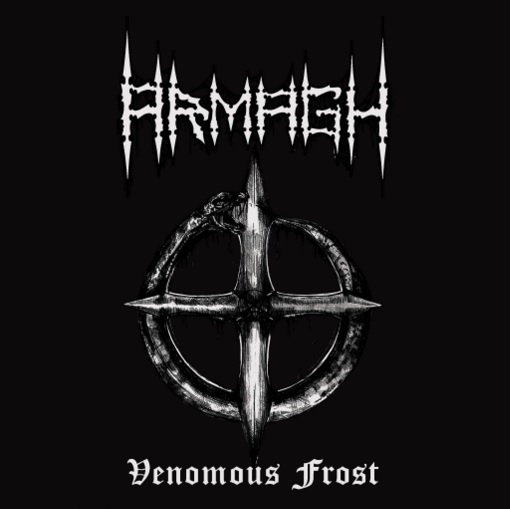 Galin Soulreaper grabbed a beer or two with Bloodhammer, Mark Usurper and Ace Hellion, while discussing about some favorite bands and records. Hell, like most bands started. You never hear shit like “we had our second round of herbal tea and we had a lively chit-chat about quinoa and Tartary buckwheat”. While being wiped out from the bar because it was closing time, they decided to call their beloved brainchild: Armagh. Musically it’s an interesting one, this “Venomous Frost” release. These youngsters with old souls are influenced by Dissection (“The Somberlain”), Bathory and Deströyer 666. And by Harry, even a deaf one can hear it yet the songs vary a bit too much from one to another. For example “Eternal Awareness” has a strong early Dissection vibe going one, while “Foggy Dew / Wehrwolf” starts as a Heavy Metal ‘n roll…or even Manowar track, played by a Black/Thrash band. After a minute of two it became more Destroyer 666 / Bewitched like, but you you know what I mean. Don’t try to bet on two horses, stick to your guns. Nevertheless a decent EP. (Ricardo)