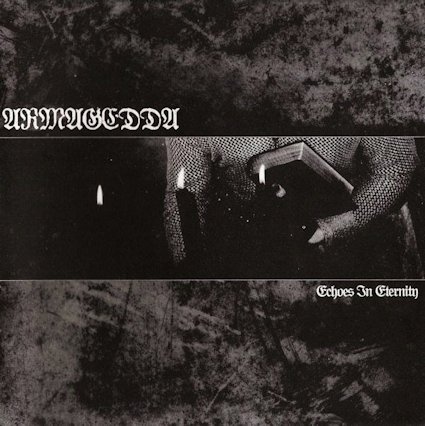 Armagedda left the world 3 years ago with their last outstanding album, “Ond Spiritism”. So it’s about time to release a compilation album with previously unreleased, obscure demo and live material. Obviously not for the money – who would become rich with this anyway? – but for the dedicated “fans”. The tracks are not any different from the albums. Outstanding songs, based on the early ’90 Black Metal of Darkthrone, in the more up tempo tracks, and Burzum in the slower, colder and more nihilistic songs.
The sound is raw, unpolished, typical for this style of Black Metal, but still better then most of the releases in the same genre. So if you don’t know this band, but willing to check them out, this release is a good start. Oh, and be aware the first tracks is not an Armagedda song. When the label wanted to put “At The Edge Of Negatice Existence” from the split with Woods Of Infinity as opener, they added “Missfostret Tellus” from Woods Of Infinity instead. (GuustVDV)