Ares Kingdom – By the Light of Their Destruction 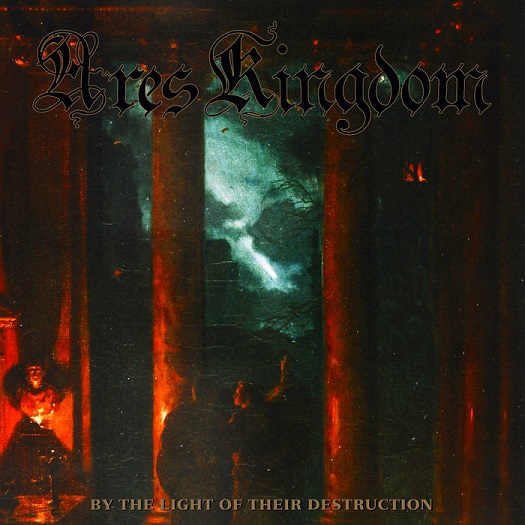 Ares Kingdom are back with their fourth full length album “By The Light of Their Destruction” via Nuclear War Now! Productions. One of the most criminally underrated and consistently good bands in the underground, Ares Kingdom have been blasting out their brand of Death/Thrash since the mid-90’s and have yet to disappoint the headbanging masses.

Vicious and dark vibes flow with the furious melody through the 8 tracks which have a more “Black Metal” touch to them than on previous outputs but that is not to say the riffs of blistering Thrash and skull crushing Death Metal are not present because they are indeed here and more pissed of and angry than ever. The production on the album has a nice crisp finish to it, with all instruments jumping out of the mix in a balanced dark atmosphere and the classic Death/Thrash snarl vocals layered over top. Morphing between galloping fast Thrash and mid-tempo thunderous Death Metal breakdowns, the songs are a roller-coaster ride of everything that makes the combination of Death and Thrash great. Besides the consistently great riffs that Ares Kingdom writes, the other major point of celebration is their lyrical content, not just content with singing about satanic goats and witches, they craft compelling stories of dark history and blasphemous fantastical fiction.

“By The Light of Their Destruction” is another notch in Ares Kingdom’s well-worn bullet belts and will be sure to please long-time fans and hopefully open up the eyes and ears of new fans because this band deserves much more recognition from the wider metal audience. (Ted Gloom)