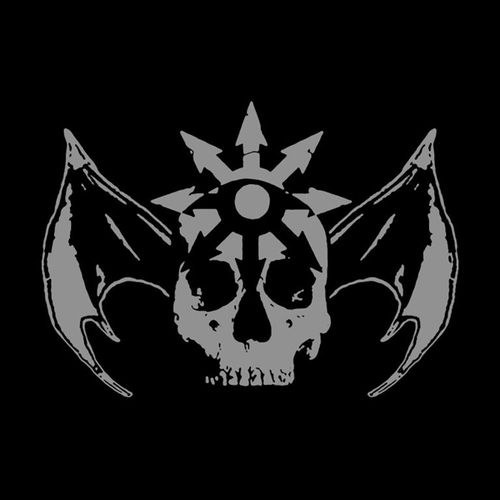 Shamaatae, the solitary mastermind, expressed in one of his interviews that – Arckanum means mysticism and that’s what Arckanum is about. Call it, anti-cosmic chaos magic, or just raw underground Black Metal, chaos is the only thing and everything, that represent the essence of Arckanum. Like, everything we see within the forest landscapes, caves, marshes, swamps – where the chaos is pulsing through its veins, but the sides and inner worlds of order exist there, are so well hidden that they might take many human lives to find. Shamaatae, surely been seeking and trying to capture thy chaos or may be, order in chaos, constantly in the Swedish Black Metal underground for almost thirty years.

“Kaos Svarta Mar” was one of their EP, which was released in 2004, in the very middle period of the Arckanum discography, and the band on that point already in a deep vein of release with four demo, three studio album and one EP, a spilt – since its inception, with ‘Rehearsal 1993’ Demo in the 1993. However, “Kaos Svarta Mar” is by no means another lost recording, as was the case with the “Första Trulen” EP, but just a new edition of the EP, which was recorded in 2003 and released in 2004, only on vinyl through Blut & Eisen Productions. There are still five songs on this re-release, the same five songs that were also on the split “Kaos svarta mar / Skinning the Lambs” with Svartsyn from 2004. So, there are no bonus tracks here and also the artwork remains the same, which may make you wonder, why more than fifteen years after the first edition, Shamaatae choose this EP and decided to give the right’s to Folter Records to re-release on CD and Vinyl, when actually Arckanum is in a split-up state! May be, Shamaatae now thinking, it’s time to give the old materials more spread and reach. And, that absolutely wise decision making, as the last sign of activity shown was re- release of “Första Trulen” (originally from 1994 demo “Trulen”) in April 2019. The echoing misanthropy of “Första Trulen” (regardless of whether you take the old version or the “new” 2019 version) can also be found on “Kaos Svarta Mar”.

The music sounds typically Scandinavian. There are subtle melodies that are typical of Sweden, but above everything is the depraved, unpolished, no-frills Black Metal in little over twenty minutes, where Shamaatae rumble and screech, noodling down the minor harmonies and sound like someone vigorously leaped into a Scandinavian forest sometime in the early 90s, and wandering with the spirits of Sodom, Motörhead, Darkthrone (old), Ulver (old), Burzum (old), Mayhem (old), Craft, and all unholy & extreme metal from the 80’s!! Which can easily be recognized, when feedback from the guitars at the beginning of the songs creates a kind of rehearsal atmosphere, even though Arckanum was only a solo venture. And, with raw antagonistic drumbeats coupled with wicked singing, Shamaatae creates a dark and sinister atmosphere which builds movements and transition’s to keeps the listener enthralled. As evidenced in tracks as “Eldkniver”, “Frana (Anti-Cosmic Version)”, and the unsettling “Spitælsker”. In whole, “Kaos Svarta Mar” contains, Arckanum’s somewhat ritualistic and strangely enchanting brew of hypnotic Black Metal, which is evocative and deeply atmospheric as ever on. Also, it is dark and menacing yet melancholic and often-times beautiful too.

Traditionally, the five tracks which are all written in the Swedish national language, also contributed to make the EP sounds like one piece. The original EP is probably already in the vinyl closet of blessed followers, but definitively, it could be a good introduction for everyone else, to delve deep into the quarter of a century of vision, rejection and no-compromise of Arckanum, in the Scandinavian underground. (Randolph Whateley)