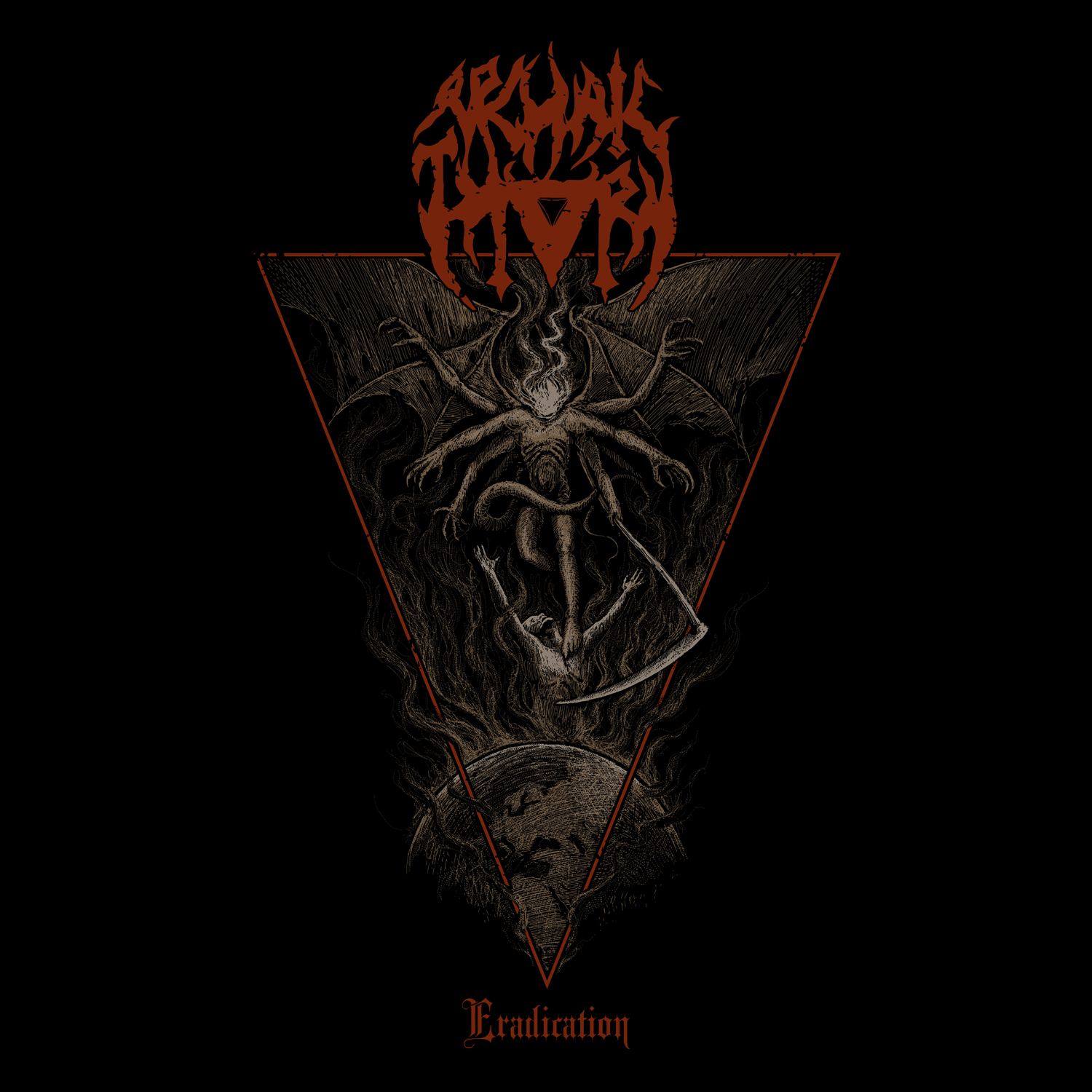 Hailing from Lichtenstein, the Saxon town not the tiny country, Archaic Thorn play brooding Old School Death Metal at loud volumes. ‘Eradication’ is the debut album from Archaic Thorn despite the German trio being active since back in 2010. Since their inception they have unleashed a 2013 demo entitled ‘Hydra Throats’ and then a 2015 EP going by the name of ‘In Desolate Magnificence’. In 2020 they finally gave us an album, released on cassette through Darkness Shall Rise Productions and 12 inches of wax through Into Endless Chaos Records.

Creating an almost overwhelming atmosphere of cloying darkness, Archaic Thorn are a Death Metal band who lyrics, concepts and style are all mired firmly in the muddy waters of the Occult. It isn’t enough to write about dark forces though, you need a sound to match, and the brooding, festering nocturnal emanations created by Archaic Thorn fit perfectly. Featuring a barking grizzled growling vocal style, blackened riffs and a drumming display forged in a chaos of snare, symbol and bass tones, ‘Eradication’ has a vicious, aggressive style that matches the malice in the title. As is often the case with me, personal taste dictates that when the band slow things down to a molasses like crawl, the crushing, claustrophobic sound that oozes forth is truly the most sublime Death Metal can be. This is something Archaic Thorn do well, though their go to style if blistering drum beats and furious riff-age, with some intense guitar leads mixed into the carnage just for good measure.

I’ve had to give ‘Eradication a few goes before really starting to appreciate it’s malignant twisted charms. It isn’t an easy listen by any stretch, and Archaic Thorn are a band who like to throw new elements into the bubbling cauldron of morbidity. It’s also an album that has a rawness to it’s sound, an unsettling manifestation of harrowing savagery. It is above all else a brutal album, but with a far more Occult and venomous undertone which you ignore at your peril. (Luke Hayhurst)