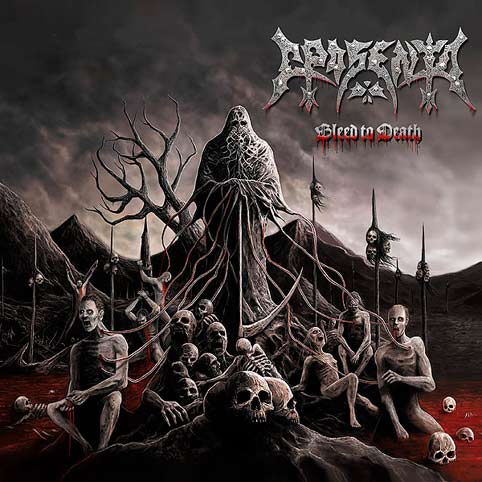 The second full-length of Aposento is a logical successor of the self-titled debut album. Although the Cannibal Corpse vibe and Morbid Angel influences are present still (listen to the Morbid Angel’s “Fall from Grace” twist on the track “Maleficarvm”), there is also a Six Feet Under thing going on here, especially at the beginning of the album. The typical midtempo riffs and vocal lines of early Six Feet Under sort of speak. Not a bad album at all, a nice listen even, if you are into early Cannibal Corpse, Morbid Angel, Six Feet Under and Severe Torture, but I think this is one of those albums which will not be picked because of the many releases nowadays. (Ricardo)